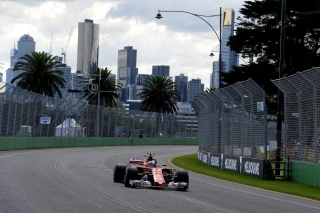 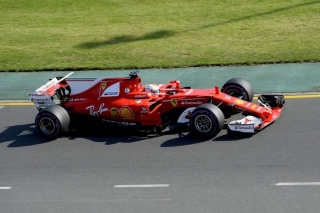 Maurizio Arrivabene: “A good result today that could have been a great one if we’d managed to get Kimi on the podium too. When we launched the SF70H we referred to it as “Our Ferrari” and indeed today’s win reflects all the effort and hard work put in over the past few months, both in Maranello and at the track. As for Sebastian, he did a great job, as did the whole team in fact. It’s a shame that Kimi struggled in the early stages to get into the right rhythm. Our car went very well on track: it was well balanced and consistent performance from the tyres meant we were able to adopt an aggressive strategy. This is only the first race of the championship: there are still 19 to go and we must maintain a high level of concentration at every Grand Prix, avoiding distractions and, already as from today, we are looking ahead to the next Grand Prix in China.”

Mattia Binotto: “Happy? Yes, definitely. It’s on the track that you reap the rewards of your collective efforts over the winter. It was a busy period during which everyone doubled their energy and effort. We still have 19 challenges ahead of us and today’s race shows how the slightest thing can make the difference between being in front or being behind. Therefore, we must continue to push as hard as possible on development. As for this Melbourne weekend, it was already clear in qualifying that there is little that separates the teams and we knew the race would be very close. The GP was all decided at the pit stops: at that moment, we probably had less tyre degradation than our rivals towards the end of the stint and that meant we were able to stay out on track for longer. From then on, it was a case of bringing home the car in terms of reliability. Seb did an excellent job, while Kimi definitely had a more complicated race, partly because he started from a bit further back on the grid. However, he managed to hold onto this position to the finish and his lap times in the final part of the race showed what he was capable of.”

Sebastian Vettel: “It’s been a great day for us. The team has been working so hard at the track as much as back at the factory. It’s a great feeling. “Grazie mille”, you can’t say much more. The last months have been really intense, it’s been tough to get into the rhythm. It’s just the beginning and there’s still a lot of work going on. This is one of many steps and we have to enjoy what we do. It’s great to see people smiling. Now we have to reset to go to China and try to do a good job.”

Kimi Raikkonen: “In the first stint I struggled a bit with the Ultrasoft tires, but once I switched to the Soft compound the car was behaving really nicely. It was not the most exciting race for me, most of the time I was fuel saving, but when I was pushing the car was fast and I got a really good feeling. Fourth place is a bit disappointing, but we scored some points and Seb’s win is a great result for the whole team. We learned a lot from this weekend: we start from here, with a good package and we pretty much know what we have to do to make the car better.” 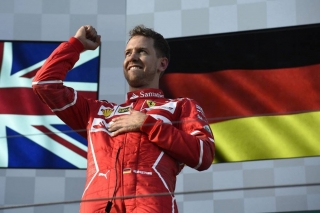 It was about time. I am delighted for the team and for our tifosi who stood by us throughout this whole period. We’ve been waiting for this victory for almost a year and a half. Hearing the Italian national anthem again was very moving.

Sebastian  delivered a great race and I am sure Kimi  will be soon up there battling alongside his team-mate. Of course, this victory is something to share with the entire team, both at the circuit and back in Maranello, because teamwork is the only way to achieve major goals.

Congratulations to Antonio for his debut in Formula One.

Now, however, it is absolutely essential to remember that this is not the destination but the first step on a long road that must see us all focused on improving each and every day.

Australian GP – Vettel and Scuderia Ferrari on top in Australia 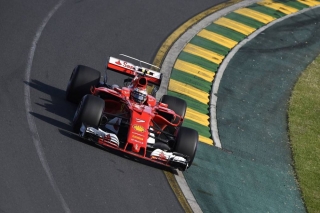 Raikkonen fourth. A great job from the entire team

Melbourne, 26 March –Ten years on from Kimi Raikkonen’s victory at Albert Park, Scuderia Ferrari has returned to winning ways in Melbourne, in the first race of the season. Sebastian Vettel crossed the finish line in first place after 57 laps, in a race whose key moment came on lap 23, when a perfectly executed pit stop for fresh tyres saw him rejoin the track ahead of Lewis Hamilton in the Mercedes.
This is Scuderia Ferrari’s 225th Formula 1 victory, Seb’s 43rd and his fourth with the Maranello team.
Thanks to his fourth place finish, Kimi Raikkonen brought home a further 12 points, so that Scuderia Ferrari now has a total of 37 points in the Constructors’ Championship.

Australian GP – On the front row in the Antipodes 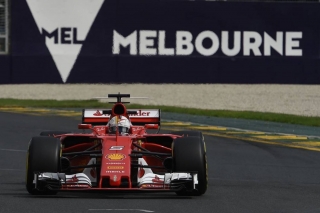 Seb 2nd and Kimi 4th in qualifying in Melbourne: “A great recovery after yesterday”

Melbourne, 25 March – “If we look back twelve months, the progress we have made is clear to see,” said Sebastian Vettel. “We are working well as a team, having had a great winter; a winter of changes, but all for the best.” There are no points given out after qualifying and the 2017 championship has only just begun, but having Seb Vettel on the front row in the SF70H, with a gap to pole down by half a second, does nevertheless mean something. And with Kimi Raikkonen right behind in fourth place, it shows that the overall picture is encouraging. “Good recovery” said Seb over the radio, immediately after posting a time of 1.22”456, which secured him second place on the grid. He was referring to the work of the team that had managed to fix what needed to be fixed in terms of set-up, after Friday’s free practice. As for Kimi, whose best lap was a 1.23”033, his usual honesty meant he didn’t disguise his slight disappointment at being on the second row. “I made life complicated for myself right from the first session: I never managed to put all the sectors together and that cost me lap time. But the car feels strong and I just have to do better.” 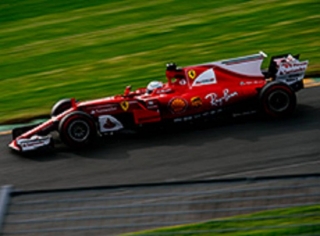 Melbourne, 24 March – The first day of a new world championship is always a special event, but for Scuderia Ferrari, practice in Albert Park was simply an opportunity to work through a planned programme. For the SF70H that meant mainly working on set-up and balance. Sebastian and Kimi tried all the specifications of tyre that Pirelli has supplied here, starting on the Soft before then using the Super and Ultrasoft in the second session.

The dirty track conditions and the different fuel loads used make it impossible to give an accurate assessment of the relative performance levels. As Vettel explained at the end of practice, “on Friday, it is always difficult to say much. Anyway, it was nice to be back in the cockpit again. In the first session, we had a few small problems which slowed us down a bit, but things went better in the second one. As for the balance, today wasn’t bad, but there is still room for improvement. The lap times don’t mean anything. Only tomorrow will we find out what the score is.”

Raikkonen expressed pretty much the same sentiments. “We can be pleased, because overall the day didn’t go badly. We learned a lot of things and now we know in which areas we have to improve. As for performance, you cannot compare it to winter testing, partly because this is a bit of an unusual track and doesn’t produce a clear picture of the situation.” 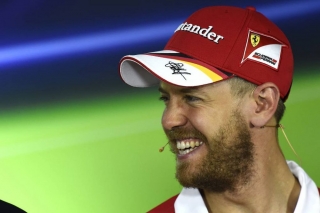 Seb on the eve of the Australian GP

Melbourne, 23 March – I think nothing is certain. There is a lot of work ahead of us and the car seems to work well. We’ve done a lot of laps, so I think we can be happy but there is no certainties. Nothing has to be taken for granted and the year is long, it’s still March. I don’t know which expectations we have from the outside but inside we have none. We hope to be very high up. That’s our target and we know there’s a lot of work ahead of us. We will focus on the single steps and we have to keep pushing.