Kimi brings the first test session to a close 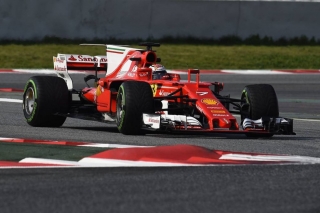 “Good work from the team, now we’ll see what happens”

Montmelo, 2 March –The first winter test session has come to an end. Over the four days, the Scuderia Ferrari drivers completed 468 laps of the Catalunya Circuit in the SF70H, equivalent to 2178.4 kilometres. Seb Vettel did 267 laps and Kimi Raikkonen did 201. Today, the Finn was also able to try the wet weather tyres as the circuit was artificially watered.

“A new year, a new car and new rules,” was Kimi’s summing up of proceedings. “And it’s these rules that determine the feeling you have at the wheel, because you go a lot quicker than before: it’s down to a combination of the tyres and the car. What I can say is that the team has worked very well over the winter. Whether or not it will be enough, we cannot tell yet. I didn’t pay attention to what the other teams were doing, nor the lap times, because at this point, it means nothing. I’ve got the feeling that we learned some lessons from last year and at the moment, we can’t complain about how testing has gone so far. But before Melbourne, we have another week of testing and we still have a lot of work to do. More or less every year we know where we want to be and sometimes everything goes smoothly and other years less so.”

The second session gets underway on Tuesday 7th March, with Sebastian, who will also drive on Thursday 9th. Kimi drives on Wednesday 8th and Friday 10th. 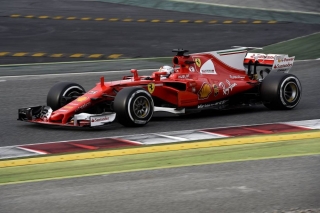 139 laps today: “Too early to draw any conclusions”

Three days of testing so far, with Sebastian Vettel at the wheel for two of them, therefore not enough for the driver to have a clear picture of the current situation. That will only happen in Melbourne. For now, Seb can take heart from some statistics: 139 laps completed today, to be added to the 129 from Monday, giving a total distance covered of 1247.54 kilometres in the cockpit of the SF70H at the Catalan track.

“A lot, but never enough. That’s what testing is for, to give you an idea. And the idea is that these cars, as a result of the new regulations, are very different to last year, in the way they look and in the way of driving them. We are more or less at the performance levels of ten years ago, with a lot of aerodynamic downforce, but also with quite a lot more weight. They are also more physical and at the end of the day, you feel tired, but this is normal for the first outing since the winter break. The tyres are also different and they behave more consistently. We have seen more or less what we expected: the cars are quicker in the corners and slower down the straights, because of the drag. But they are also great fun to drive.”

Conclusions? “It’s too early to understand the available potential: we focused on our programme, without paying the slightest attention to what the other teams were doing. All winter we have prepared so as to get here in the best possible shape. But there are still around four weeks to go to the first race and there is much work to do, so much in our programme. The stop towards the end doesn’t bother me: we were trying something that didn’t work, that’s all.”

Tomorrow, Thursday, it will once again be Kimi Raikkonen’s turn. The track will be watered so that the drivers can try the wet weather tyres.