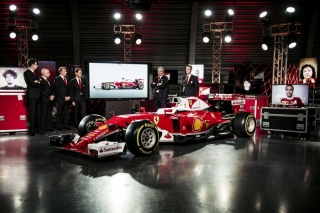 Maranello, 20 February 2016 – A million page visits on the site in a single day and a 30% increase in site numbers compared with 2015, including 130,000 simultaneous visitors for the live streaming: these are some of the figures to emerge from yesterday’s launch of the SF16-H in Maranello, which featured the boss, Team Principal Maurizio Arrivabene, along with the Scuderia Ferrari drivers and engineers.

Big numbers for the launch of the 62nd single-seater built by Ferrari and there was also plenty of traffic on social media. The hashtag #SF16H reached 112.2 million, while there were 280 million impressions in just 24 hours. Facebook on the Friday hit 6.2 million users, with 2 million interactions and 700,000 views of the videos of the day.

The Scuderia site saw its page visits increase tenfold, while on ferrari.com they quadrupled. This success was shared by other sites and on-line magazines from around the world, who put out the launch show live and recorded, with the first part focusing on the very first impressions of the new born Ferrari from those who will be experiencing it first hand. After that, 10 fans from around the world, who were winners of the “Ready Set Red” competition, were the first to ask the drivers and team members some questions.

This new approach is aimed at reaching as many fans as possible, wherever they are in the world with events that allow them to feel ever closer to life in the Scuderia. 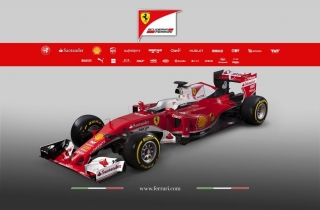 The new F1 car has been launched

Maranello, February 19th – A shortened nose, a tapered rear end and an intriguing red-and-white livery are the signature features of the new SF16-H. The name refers to the hybrid powertrain, which enters its third season in the Formula One World Championship.

Seb says “I’m ready” as he unpacks his Overalls

Raikkonen smiles as he tests his new ‘office’