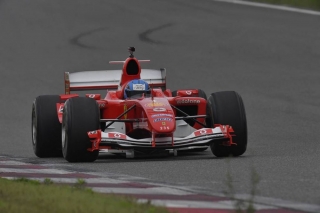 Two days. On Saturday 27 July, just prior to Formula 1 qualifying and on Sunday 28 before the Drivers’ Parade, Mick will drive the car on a track where the Schumacher family enjoyed so much success. Michael won four times at Hockenheim in Formula 1; in 1995 with Benetton and then in 2002, 2004 and 2006 with Scuderia Ferrari. It was at this track that Mick won the FIA Formula 3 European Championship last year, his first ever series title.

Happy Mick. “I think it’s mega driving this car in Hockenheim – said Mick -. The last time I was on this track was when I celebrated my Formula 3 championship title, and now I’ll be able to drive one of the strongest cars in Formula 1 history there. It will be an incredible moment.”