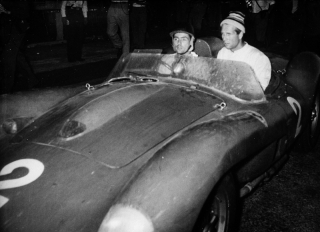 Record numbers for a “classicissima” Ferrari

Maranello, 5 February –Investment in classic cars seems to be paying off even more these days. This can be seen from yet more records set at special auctions and sales between private collectors. That is definitely the case if the car is a Ferrari. It’s not by chance that today, the record sum of 28.99 million Euros was paid between collectors for an amazing 250 Testa Rossa, one of the most symbolic cars in the history of the Prancing Horse. The car, with the chassis number 0704, has a pretty impressive racing pedigree, given that it took the Anglo-American driver duo of Peter Collins and Phil Hill in the Buenos Aires 1000 Kilometres and the Sebring 12 Hours. Once its life as an official Scuderia car came to an end, the 250 TR was acquired by an American who used it successfully in other races, before donating it in 1967 to the Henry Ford Museum in Dearborn near Detroit. The Dutch collector, Eric Heerema was the seller today and clearly showed great acuity over the years, as it was also his 250 GTO which was sold in June 2012 for the figure of 26.2 million Euro.