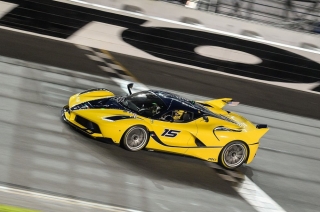 Maranello, 1 January 2017 – Most people never have the chance to drive an extreme car, but this and much more besides, is the essence of the Corse Clienti activities F1 Clienti and XX Programmes. F1 Clienti offers a very exclusive group of Ferrari enthusiasts the chance to buy and drive on track the Scuderia’s recent Formula 1 Grand Prix cars along with the ones from 20, 30 or even 40 years ago. The XX Programmes are an extraordinary form of partnership between Ferrari and its customers. The drivers get to star at the wheel of extreme cars, homologated only for track use but not complying to any specific race regulations, in track sessions that are strictly monitored using various telemetry parameters to collect as much data as possible. This mass of data then goes to the engineers and technicians who help the customers extract the most out of the car. It is also used in the design of future cars. The FXX K is the latest addition, unveiled in late 2014, which uses hybrid technology derived from Formula 1 to create an incredibly powerful vehicle of well in excess of 1000 hp. In both activities, the customers were guided by very special teachers such as official Ferrari drivers Marc Gené, Olivier Beretta and Andrea Bertolini but also James Calado and Davide Rigon.

Start at Jerez de la Frontera. The 2016 season began in Suzuka with a mini-event especially for Japanese customers, which saw four Formula 1 cars, seven FXXs and one FXX K on the legendary Mie Prefecture circuit. One of the most fascinating and challenging tracks in the world of motorsport, it is designed in a figure of eight like the Fiorano circuit where all Ferraris have been developed for over 40 years. The event at Jerez de la Frontera, for years the venue of the Spanish Formula 1 Grand Prix and still home to the World Motorcycling Championship race, marked the real start. While the rest of Europe was still pretty chilly, on the Andalusian track four single-seaters and 15 FXXs, 599XXs and FXX Ks lapped in perfect conditions with the drivers putting in outstanding performances. The F1 Clienti vehicles included two cars from the era of Michael Schumacher, the F2001 and F2003-GA, but also an F2007 driven by Kimi Raikkonen in his magical world championship year. Then there were six FXX Ks involved along with five 599XX Evos, three 599XXs and one FXX. The season continued in April with the Mugello date. The Tuscan racetrack again proved to be one of the most popular, with as many as 34 cars of the XX Programmes and 13 Formula 1 vehicles. It was a great success, despite the fact that the F1 Clienti and XX Programmes had appeared at Scarperia just five months earlier in November 2015, on the occasion of the Finali Mondiali. The cars lined up in the pitlane offered an incredible sight, which was bolstered by the impressive sound of the V12 Formula 1 engine mounted on the 412 T2 of 1995, the last Maranello V12 before new regulations compelled all manufacturers initially to move to a 10-cylinder engines, then to eight and finally to the current power units. In May the Vallelunga track, near Rome, was the venue for a new event held in Italy. In this case the star of the Formula 1 cars was a F2008 that came close to the title with Felipe Massa and that brought Ferrari the Constructors’ championship. The F1 cars were accompanied by a squadron of 20 cars of the XX Programmes with a guest star, the former Ferrari driver Rene Arnoux in the FXX K. A wonderful gala dinner at the Roman Imperial Forum in the eternal city capped this fantastic event, which left an indelible memory in the minds of Ferrari customers.

Shanghai and Russia. The next meeting saw Maranello’s most exclusive cars star in Shanghai, on the occasion of the Ferrari Racing Days in China. The fans in the stands were thrilled by two F2004s, one of the most successful cars in the history of Formula 1, but especially by the star Aaron Kwok and his No. 1 FXX K, as well as the young talent of the Ferrari Driver Academy, Guan Yu Zhou, and Andrea Bertolini, who put on a thrilling performance, along with the mechanics of Scuderia Ferrari. More than 40,000 people thronged the circuit, an extraordinary success that confirmed the passion of the Chinese people for Maranello. In July Sochi hosted the first edition of the Ferrari Racing Days ever held in Russia. The track of the Formula 1 Grand Prix hosted, among others, an F300 of 1998, the car with which Michael Schumacher competed until the final race of the season with the Finn Mika Hakkinen and that laid the foundation for the domination that, at least among manufacturers, would begin the following year. The very first XX Programmes car, the FXX of 2005 put in an appearance, driven by Ferrari Challenge veteran, Eric Cheung. Again, in front of nearly 20,000 spectators, Andrea Bertolini put on a thrilling show with the guys of Scuderia Ferrari.

Hockenheim and Homestead. The last event in Europe sticks in the memory: Hockenheim welcomed over 35 cars of the XX Programmes, with a record 21 FXX Ks, as well as 12 Formula 1 cars, including a wonderful 312 B3-74 that drew the eyes of everyone present including Sebastian Vettel. Indeed, the German driver starred in front of his home crowd in a memorable performance packed with lightning accelerations, thrilling tyre changes and quick pit stops. Homestead was the venue in early October for an intriguing appetiser to the Finali Mondiali, with almost 30 cars including those of the F1 Clienti and XX Programmes. In addition there were three examples of one of the cars most loved by US Ferrari fans: the F333 SP “barchetta”, a prototype created for customer teams that won so much in the United States especially the 24 Hours of Daytona in 1998 with Arie Luyendyk, Mauro Baldi, Didier Theys and Giampiero Moretti. Less than a month later, 47 cars lapped on the 31-degree parabolic curves of the legendary Florida tri-oval. There were 15 FXX Ks, 10 F1 Clienti single-seaters, nine F333 SPs, 12 599XXs and one FXX. It was an extraordinary display that only Ferrari could put on. Finally, Sunday morning saw the perfect culmination of a season to remember: the Ferrari show with the GT cars, the new 488 GTEs and GTEs, the F333 SPs and the F1 cars driven by Scuderia Ferrari race drivers, Sebastian Vettel and Kimi Raikkonen. An extraordinary event thus came to a close with an overwhelming crescendo. 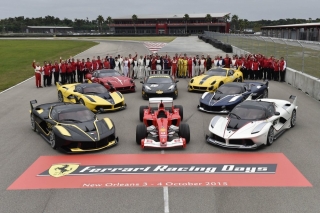 Maranello, 30 October – The F1 Clienti and XX Programmes calendar has been presented but the venue of the 2016 Finali Mondiali is still to be announced. The mystery about the big end of season meeting will be unveiled during this year’s Finali Mondiali at Mugello from 5 to 8 November.
Special prologue. The season of the two exclusive Ferrari programmes will open with a sort of special prologue just for the FXX Ks, the latest XX Programmes cars with their extraordinary 1000 plus horsepower and the hybrid derived from Formula 1. The session will take place at Suzuka on 6 March.
The real start. The season will start in effect in mid-March with two days at Jerez de la Frontera (17-18), a new venue, while the next stage will be at Mugello on 26 to 27 April, followed on 17 and 18 May by a return to Vallelunga, an historic circuit near Rome.
Ferrari Racing Days. Proceedings get into full swing from 10 to 12 June, as from this point the F1 Clienti and XX Programmes meetings will be held in conjunction with the four editions of the Ferrari Racing Days. These begin in Shanghai before continuing at Sochi on 29 to 31 July and then Hockenheim. Corse Clienti will provide its cars for spectacular Scuderia Ferrari exhibitions in Russia and Germany. The season will close in the US on 4 to 6 November with the Ferrari Racing Days at Homestead, before returning to the track for the final time at the Finali Mondiali from 1 to 4 December. We will find out where at Mugello on 7 November. 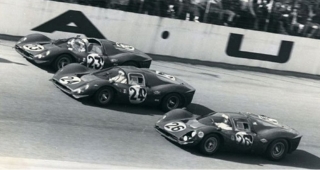