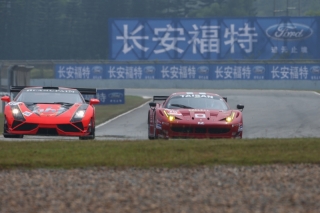 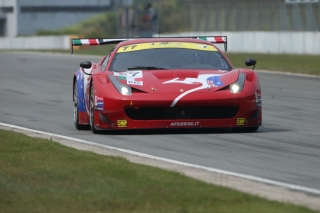 Maranello, 14 October – It was another weekend of triumphs for the 458 GT. The sports version of the eight-cylinder car from Maranello took the title in its class of the Asian Le Mans Series thanks to AF Corse.

In Zhuhai (in the People’s Republic of China) the 458 GT3 of Michele Rugolo, Andrea Bertolini and Steve Wyatt took victory in the GTC class and an overall third-place finish behind the two LMP2 cars. Crossing the line behind them was the second Ferrari entered in the race, the 458 GT2 of the Taisan Ken Endless team, driven by Akira Iida, Shinji Nakano and Shogo Mitsuyama – the only participant in the GTE class. With a second win to follow its triumph in Inje, AF Corse and its Italo-Australian trio also won both the teams’ and the drivers’ titles, thus earning themselves an invitation to take part in the 2014 Le Mans 24-Hour Race in the GTE-Am category. The final race of the series is scheduled for December 8 at Sepang in Malaysia.