Enzo Ferrari: his example lives on 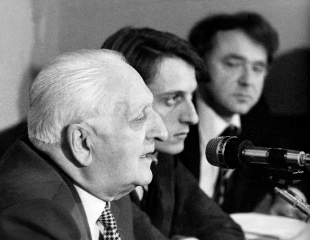 Maranello, 13th August – A quarter of a century has passed since that Sunday 14th August back in 1988, the day Enzo Ferrari passed away. That’s a whole generation ago: we have colleagues here who were not even born when Ferrari died. And yet, his memory lives on and strongly so, for those who knew him and also for those who barely heard him talk, as well as those lucky enough to own or even to have simply driven a car that bears his name, or were overjoyed at a victory or cried at a defeat for a red car bearing an emblem of a prancing horse on a yellow background.

“It’s impossible to sum up in a few words what Enzo Ferrari has meant to me,” said President Luca di Montezemolo to www.ferrari.com. “I owe so much to him, to his courage, to his ability to always look ahead, even at the most difficult moments, both on a personal and a professional level. Very often, I think back to how lucky I was to have known him and to have worked with men like him and the Avvocato Agnelli, truly exceptional people who have made our country shine, all over the world. Next to my desk in Maranello, I have a photo of the Founder: at times when I have to take an important decision, I instinctively find myself looking at it and asking myself what he would have done.”

“The example set by Enzo Ferrari is always kept in mind,” he continued. “He managed to realise his dream of building extraordinary cars thanks to his determination and his passion, characteristics which are part of the DNA of all the men and women who work for the company that bears his name. Twenty five years on, he would be happy to see what Ferrari has become today, a unique industrial and racing institution, which represents Italian excellence and continues to enchant the millions and millions of fans of the marque, all over the world.”

Piero Ferrari: “My father would have liked the Ferrari of today” 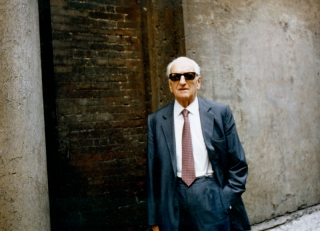 Maranello, 13 August – Many have asked Piero Ferrari for memories of his father Enzo in recent days, as the twenty fifth anniversary of his death approaches. On behalf of all fans of the Prancing Horse, “www.ferrari.com” wanted to ask the company’s Vice President who bears his name, for some thoughts on the man who created the company out of nothing.

“Tough and demanding, as a father and as a boss, but also capable of gestures of great generosity and unexpected affection, aspects that he would tend to deny, “said Piero. “Courageous and innovative and always looking to the future: one only has to think of the decision to set up the Scuderia in 1929, the year of the Great Crisis and the project of creating a car factory in an Italy still living in the ruins of the Second World War.

“It’s precisely because of this total determination to look ahead and his saying that the best Ferrari was yet to come that my father would have liked what the company has become today,” continued Piero. “Always with the future and innovation in mind, not allowing itself to be lured by the market, just as he would have wished. Luca di Montezemolo has done and continues to do a great job of maintaining the essential characteristics of the Ferrari DNA: for example, he would have fully agreed with the decision to keep the production under the seven thousand cars a year mark, while increasing turnover.”

There are thousands of memories of the father that the son could tell, but a reserved nature is definitely a family trait. “Of the many memories I have, maybe the ones that have stayed with me are those linked to Sunday lunches with my mother.”