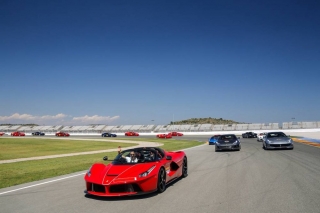 Excitement and a show for 15,000 people in Valencia

Cheste, 22 May 2017 – The Ferrari weekend in Valencia was like a party for nearly 15,000 people. Over 100 Prancing Horse cars alternated on the over four kilometres of the Ricardo Tormo Circuit, offering the adrenaline of motorsport and the thrill of seeing some of the world’s most beautiful cars on the track and in the paddock, where a stand displayed the entire range. Enthusiasts could buy official products from a Ferrari Store.

70 for 70 years. The Valencia weekend saw the European debut of the 488 Challenge, the new turbo car developed for the 25th year of the world’s most famous one-make series, but there were also two fantastic Ferrari parades. Seventy cars, representing the 70th anniversary of the marque, headed by the LaFerrari Aperta, the iconic car of the anniversary, paraded first on the circuit and then in the city, in the elegant City of Arts and Sciences, to the applause of fans and enthusiasts. Customers could drive their Ferraris on the track, enjoying the extraordinary performance of Prancing Horse cars in perfect safety.

Tight races. Motorsport lovers enjoyed the four races of the Ferrari Challenge Europe, whose season opened in Valencia, and offered the usual spectacle with wheel-to-wheel duels and thrilling overtaking. All the drivers loved the 488 Challenge and it is already clear that the next race in Monza from 9 to 11 June will see more cars on the grid than in Spain. 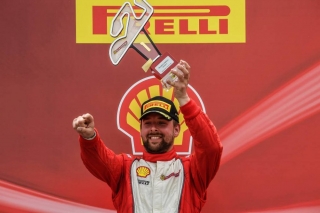 Cheste, 21 May 2017 – Bjorn Grossmann, Martin Nelson and Rick Lovat dominated the second day of the Ferrari Challenge Europe in Valencia, the first round of the 2017 season. The three drivers won at the Circuit Ricardo Tormo in the Trofeo Pirelli, Pirelli Am and Coppa Shell, behind the wheel of the new 488 Challenge.

Trofeo Pirelli. The Trofeo Pirelli was the first race on the programme on Sunday. Starting from pole position for the second day in a row, this time Bjorn Grossmann did not lose out to his Octane 126 teammate Fabio Leimer. The German pulled ahead of everyone at the first corner and then lengthened his lead with some fast laps. Then came Andrea Gagliardini (CDP), who got off to a perfect start, jumping ahead of the second row drivers, Philipp Baron (Rossocorsa) and Sam Smeeth (Stratstone Ferrari). Baron fought with Gagliardini but ended up losing a further position to the benefit of Alessandro Vezzoni (Rossocorsa-Pellin Racing). The Austrian started to catch up on the group overtaking Vezzoni and Smeeth, before pursuing Gagliardini. The Rossocorsa driver managed to overtake the rival on the final lap but he did it after a contact that the race officials penalised with five seconds added to his final time. Gagliardini thus finished third behind Grossmann and Leimer for his first podium in the Challenge.

Pirelli Am. The Pirelli Am class saw a repeat of the Race-1 podium. However, the highly experienced Martin Nelson (Scuderia Autoropa), had an easier time than on Saturday. At the start the Swede overtook poleman Chris Froggatt (HR Owen), who also lost out to Jens Liebhauser (Gohm Motorsport) and Tommaso Rocca (Rossocorsa). Nelson managed the lead to the finish line while Froggatt pulled off a great recovery, overtaking Rocca and then Liebhauser, at his second career podium. Holger Harmsen (Lueg Sportivo) won the subclass reserved to the 458 Challenge EVO drivers.

Coppa Shell. Rick Lovat dominated the Coppa Shell race with the 488 Challenge of Kessel Racing. The Canadian driver, exploiting the brilliance of his Ferrari’s turbo engine, held onto first at the start and handled the car better than Johnny Laursen (Formula Racing) car, who spent the entire the race in his rearview mirrors. The big duel was for third between the two Formula Racing drivers, Tani Hanna and Eric Cheung. The Lebanese emerged triumphant, but had to sweat on the podium place down to the final corner. Lovat also won the Gentlemen’s Cup for the over 55s, while Manuela Gostner triumphed in the Ladies Cup with a race spent entirely on the attack that saw her finish in ninth place. Next race is in Monza from 9 to 11 June. 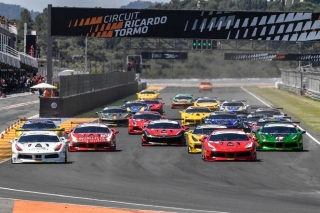 Cheste, 20 May 2017 – Fabio Leimer, Martin Nelson and Johnny Laursen were the first winners of the Ferrari Challenge Europe at the wheel of the 488 Challenge, the first turbo car created for the world’s most famous single-make championship. The three triumphed in Valencia respectively in the Trofeo Pirelli, Pirelli Am and Coppa Shell.

Trofeo Pirelli. The Octane 126 team dominated from the early stages the 488 Challenge’s first race in Europe. Everyone was expecting another win for reigning champion Bjorn Grossmann, but the laurels went instead to the Swiss team’s other driver, Fabio Leimer. The 2013 Gp2 champion took command after battling with Grossmann for half the first lap, immediately setting a good pace. Behind the Octane 126 drivers Austria’s Philipp Baron pulled away quickly leaving Alessandro Vezzoni (Rossocorsa-Pellin Racing) and Sam Smeeth (Stratstone Ferrari) in his wake. Still not content the Rossocorsa driver caught up with Grossmann and overtook him at the halfway mark. Leimer won by a margin of less than three seconds over Baron and almost six on Grossmann. Smeeth, in his Trofeo Pirelli debut, was a good fourth. Unlucky Andrea Gagliardini (CDP) was stopped by a trivial technical problem while he was mounting a comeback and had just recorded the fastest lap.

Pirelli Am. In the Pirelli Am class the battle raged right from the start. The highly experienced Martin Nelson (Scuderia Autoropa) and rookie Chris Froggatt (HR Owen) fought it out wheel to wheel from the first to the third lap when the Briton made a tiny mistake and the Swede established an unassailable lead. Third step of the podium went to Jens Liebhauser (Gohm Motorsport) who withstood the attacks of Tommaso Rocca (Rossocorsa) in the final stages. Holger Harmsen (Lueg Sportivo) won the 458 Pirelli class reserved for drivers of the old 458 Challenge EVO cars.

Coppa Shell. Johnny Laursen dominated the Coppa Shell race with the 488 Challenge of Formula Racing. The 2015 European Le Mans Series champion enjoyed a perfect start and quickly built up a lead, leaving Eric Cheung and Rick Lovat to battle it out for second place. At midrace Cheung (Formula Racing) put in a murderous burst of acceleration to pull ahead of his Kessel Racing rival but overshot and failed to keep his car on track, so then had to recover. Cheung took advantage of the lapping of Tina Kok (Formula Racing) to make one final attempt, but Lovat held him off to cross the chequered flag in second also winning the Gentlemen’s Cup. Worth a mention is also Manuela Gostner (Ineco-MP Racing) who pulled off a great comeback. She had been involved in an incident at the start with her father Thomas and Peter Goerke (Kessel Racing). However, Manuela did not lose heart and recovered from the back before overtaking Tina Kok and then Deborah Mayer (Kessel Racing), to win the Ladies Cup on the debut of the 488 Challenge. It is the same again on Sunday with the Trofeo Pirelli at 12:50 pm and Race-2 of the Coppa Shell at 3:35 pm.

Challenge Europe – On track at Valencia with Marc Gené 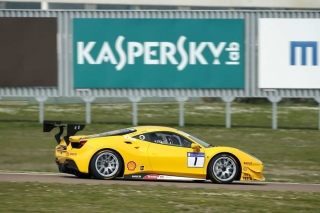 Tribute and Mille Miglia ready to go with over 100 Ferraris 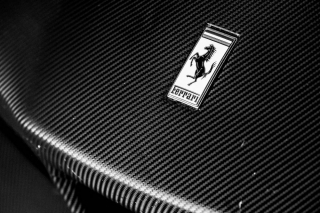 Cheste, 19 May 2017 – Fons Scheltema is one of the most experienced drivers in Ferrari Challenge. The Dutch driver introduces us the Valencia round, the first of the European season that marks the continental debut of the brand new Ferrari 488 Challenge car.