Ferrari Challenge – Tucker and Becker take the wins at Daytona 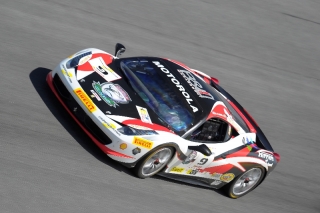 Daytona, 24 January – Scott Tucker (Boardwalk Ferrari) was the winner of the first race of the season in the North American Ferrari Challenge Trofeo Pirelli series. Having started from the third row, Tucker came out on top after a very close fight with the Mexican, Ricardo Perez (Ferrari of Houston) which went on almost all race long. The third step of the podium featured the Colombian Carlos Gomez (The Auto Gallery.) In the Coppa Shell, Jon Becker (Ferrari of Beverley Hills) was the clear victor, starting from pole position and keeping the lead all the way to the chequered flag. The other two podium positions went to Chris Ruud (Ferrari of Beverley Hills) and Ugo Colombo (The Collection.)

Ferrari Challenge – Cheung and Becker on pole at Daytona 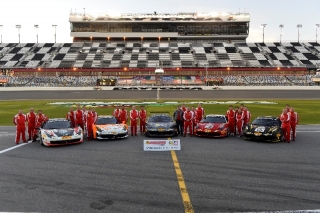 Daytona, 24 January – Harry Cheung and Jon Becker yesterday took pole positions in the first round of the European Ferrari Challenge championship, the former in the Trofeo Pirelli and the latter in the Coppa Shell. In beautifully sunny conditions in Florida, Cheung (Ferrari of Beverley Hills) set the fastest time of the day in 1.47.649, just under three tenths quicker than Mexico’s Ricardo Perez (1.47.935,) with Ryan Ockey third, more than a second down in 1.48.654. The quickest of the Coppa Shell drivers was tenth overall in 1.49.402 and the next man in the same class was John Baker, twelfth in 1.49.734, who was followed by Ugo Colombo (thirteenth in 1.50.007.) Today, at 10.50 local time, the first race takes place, with the second being run on Saturday morning at 9.45 as a curtain raiser to the 24 Hour race, the first round of the USC Championship.

Ferrari Challenge – The 2014 season gets underway in Daytona 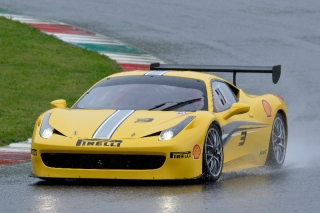 Maranello, 21 January –This weekend at Daytona marks the start of a long season for the Ferrari Challenge Trofeo Pirelli, the one-make series which has been running for 22 years on the most beautiful circuits in the world with gentlemen drivers at the wheel of cars built in Maranello.
Once again this year, it is run in three championships, Europe, Asia Pacific and North America. The 2014 Challenge gets underway on a track with particularly close links to Ferrari’s history. At Daytona, Prancing Horse cars have taken five outright wins in the Sports-Prototype races of which one, the 1967 event, has became one of the iconic moments in the company’s history, which gave rise to the name Daytona being bestowed on the 365 GTB/4 road car.
The calendar for the North American series is made up of eight rounds, including those at Laguna Seca, Montreal and Watkins Glen and will end in December with the traditional Finali Mondiali, which for the first time is being held outside Europe, in Abu Dhabi.
Over 30 cars are entered at Daytona this weekend, for two races which, for the first time, feature the 458 Challenge Evoluzione car, which was shown to owners last November at the Mugello circuit. Two of the top three in the 2013 North American championship – John Farana (Ferrari of Beverley Hills) and Damon Ockey (Ferrari of Ontario) will line up for the first round. The first of the two races will take place on Friday morning, with the second on Saturday morning, shortly before the start of the 24 Hours, the first round of the new USC (United Sports Car) championship.