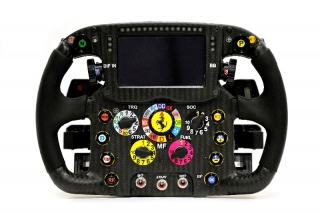 Maranello, 12 September – During the break between the Italian and Singapore Grands Prix, the FIA announced that instructions the teams give to drivers by radio must be significantly reduced. In fact, the FIA has simply decided to apply a more restrictive interpretation of rule 20.1 of the Sporting Regulations which stipulates that a driver must drive the car “alone and unaided”.

Certain radio communications, as from the Singapore GP, will henceforth be considered as “external assistance”. From what the FIA has indicated, although no precise guidelines exist yet, all information relating to fuel consumption and messages regarding settings and adjustments that could improve car performance will be banned. Currently, drivers make two or three adjustments per lap based on information given to them by the engineers who monitor the situation via telemetry.

In the same vein, engineers will not be able to give information to the drivers about in which corners or sectors they can improve, nor will they be able to give information to the drivers regarding the state of their tyres or what they should do during the formation lap. However, the driver will still be able to have access to some of this information via the LCD display on the steering wheel (although in fact three teams do not have this system) while the FIA will listen in on and record all conversations, being vigilant in checking for any coded messages. A zero-tolerance approach will be applied, with the possibility of a five-second penalty. Among the communications still allowed by the FIA is the message to come in for a pit stop, team orders relating to switching positions between team-mates, warnings relating to any potential hazards on track and information relating to traffic. The Scuderia Ferrari personnel are evaluating the effect of this technical directive relating to radio communications and are analysing the possible scenarios that could occur on track. There are still some uncertainties remaining especially regarding safety matters. Information about brake and tyre wear are among those currently banned but messages on these topics could prevent dangerous incidents. How to proceed? While awaiting further clarification from the FIA, we will only find out on track what effect these new regulations will have on the races…