A bad accident at the Ferrari Racing Days at Suzuka

Suzuka, 21 April –A serious accident took place during the second Ferrari Challenge race, on the programme at the Ferrari Racing Days at Suzuka today. For reasons yet to be established, Shigeru Terajima’s car crashed into the safety barriers. The driver was immediately taken to the hospital in a town nearby Suzuka, where he is currently in a serious condition. Also hurt in the accident was a Suzuka circuit volunteer, who is in the same hospital, although in a less serious condition than the driver.Because of this incident, Ferrari took the decision to bring the event to an end ahead of schedule and is now providing all the necessary assistance to those involved in the accident and to their families. 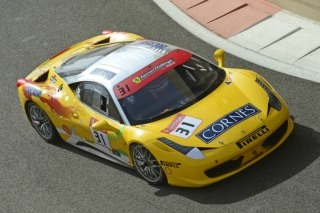 Suzuka, 19 April –Today at Suzuka marked the start of Ferrari Racing Days, the event organised by Ferrari Japan, which sees all the most beautiful Prancing Horse cars assembled on the famous track that hosts the Japanese Formula 1 Grand Prix. Over 600 Ferraris are expected at the circuit, where the fans and enthusiasts will be able to get a glimpse of all aspects of the Maranello marque’s spirit.

On the racing front, a highlight will be the second round of this season’s Asia Pacific Ferrari Challenge Trofeo Pirelli, in which Kamui Kobayashi will take part as a special guest driver. He is the first Japanese driver to race under official Ferrari colours and is here fresh off the back of a great second place, paired with Finland’s Toni Vilander, in the Silverstone 6 Hours, the opening round of the World Endurance Championship.

Some other amazing cars will also be taking part at Suzuka, gathered from the most significant collections in Japan, in the Supercar Chronicle: 288 GTO, F40, F50 and Enzo, will be on show, much to the delight of the connoisseurs of these marvellous cars built as limited editions. Furthermore, also at Suzuka will be the Ferrari California 30 Giappone, with its special livery celebrating the 25th anniversary of the Scuderia’s first win in the Japanese Formula 1 Grand Prix, courtesy of Gerhard Berger, here at Suzuka on 1st November 1987.