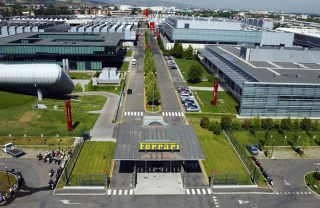 Maranello, 24th March 2014 – The Ferrari Shareholders’ Meeting took place today under the chairmanship of Luca di Montezemolo.
The Meeting approved the 2013 balance sheet which saw the company achieve record results in terms of revenues, profits and its financial position despite having purposely reduced sales.

As anticipated over the last few weeks, Ferrari’s strategy of keeping down the number of cars it builds to preserve their exclusivity and value over time, has yielded excellent results. Even though sales fell by 5.4% (6,922 cars delivered to network), revenues still rose to 2.3 billion euro (+ 5%), trading profit jumped to 363.5 million euro (+ 8.3%) and net profits hit 246 million euro (+5.4%). These are all absolutely unprecedented figures as is the positive net industrial financial position which, at the end of 2013, stood at an all-time high of 1.36 billion euro.

Retiring from the Board are Gianni Coda, Sir Christopher Gent, Paolo Monferino and Lindsay Owen Jones to whom Chairman Montezemolo, expressed heartfelt thanks for their contribution and many years of loyal service, also on behalf of the other Members.
Following the Shareholders’ Meeting, the new Board of Directors met and confirmed Luca di Montezemolo as Chairman, Piero Ferrari as Vice Chairman and Amedeo Felisa as CEO, and assigned them their various proxies.

A new Board of Statutory Auditors has been appointed. The members are: Ignazio Carbone (regular audior and Chariman), Paolo Piccatti and Piergiorgio Re (regular auditors) and, as alternate auditors, Giorgio Cavalitto and Paolo Claretta Assandri.