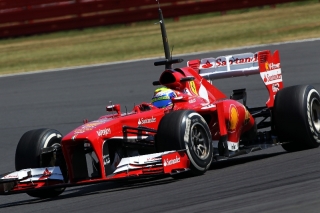 The curtain has come down on the Young Driver Test at Silverstone, which saw ten of the Formula 1 teams entered for the Formula 1 World Championship taking part with a variety of drivers, some young prospects, some older. For Scuderia Ferrari, Felipe Massa was the race driver in action at the English track, testing the new Pirelli compounds, along with Davide Rigon, a car development driver for the Scuderia since 2011. The Brazilian did 69 laps, setting the sixth fastest time of the day in 1.33.624. Rigon was back in the Ferrari cockpit in the afternoon, to continue the programme of aerodynamic testing which he had started on Wednesday. He was fifth fastest in a time of 1.33.592, having done 20 laps.

“It seems to me these tyres work better, at least compared to what we saw in the race here” said Felipe Massa at the end of his session. “Over the three days, no one had any problems and from the safety aspect, this is the most important thing. The prototype Hard seemed maybe too hard to race on. I think that in the coming Grands Prix we could head towards a choice of the softer compounds, because they can work at lower temperatures and last longer. Temperature has a significant effect on our car and here for the race for example, it did not help us, but let’s see what happens in Hungary, where we can expect hotter conditions. You need a lot of aerodynamic downforce there and let’s hope we can find the right solutions to be competitive”.

“The past three days have been positive, as I didn’t make any mistakes and I learned a lot” commented Rigon, at the end of the day. “I hope that all the work will have given the team some useful data, maybe some that can be used to prepare for the upcoming races. Again today, we were not concerned with lap times, nor did we make big changes. Instead, we concentrated on adapting the set-up to the new tyres. Now this information will be passed on to our colleagues at the simulator. I think this test has been very useful for my work and also my personal experience, even though I don’t see it as finite, neither for me nor the car because there are no limits to improvement”.

With the Young Driver Test completed, the Scuderia is now preparing for the Hungarian Grand Prix, the tenth round of the Formula 1 World Championship, which takes place next weekend at the Hungaroring.

Testing at Silverstone Circuit – “A question of feeling” 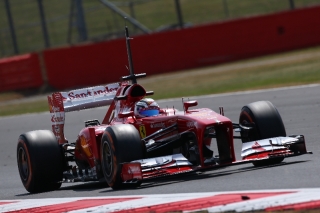 Another session held in very warm conditions, as Davide Rigon was at the wheel of the F138 for his second day at Silverstone for the Young Driver Test, where once again the conditions were ideal for testing. The Scuderia Ferrari driver completed 97 laps, with a best time of 1.34.053, the Italian having already taken part in this test for youngsters last season, at the wheel of a Ferrari. Today’s programme centred on a continuation of yesterday’s work of evaluating various aerodynamic packages, alongside an analysis of the Soft and Hard tyres brought here by Pirelli for all ten teams present.

“Today, we continued to move forward with the programme we begun yesterday, studying various aerodynamic packages” said Rigon, at the end of the day. “It was only in the afternoon that we began an evaluation of the performance of the Soft and Hard tyres. Once again, we were not looking at lap times, but instead we got through a lot of work to gather data which could help us to improve for the rest of the season. Compared to yesterday, I had a much better feeling from the car and I also knew the track better, which meant I was able to tackle the programme with more confidence, thanks in part to the work of the whole team”.

Scuderia Ferrari continues testing tomorrow, with Felipe Massa driving in the morning and Rigon in the afternoon. 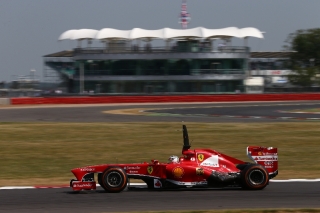 Scuderia Ferrari got through its planned programme on this opening day of the Young Driver Test. Exceptionally this year, alongside the youngsters aspiring to make it to Formula 1, the ten teams taking part are allowed to use their official race drivers to test the new Pirelli tyres.

Davide Rigon was at the wheel of the F138 at Silverstone, working on a series of tests that were mainly aerodynamic in nature. He completed a total of 447.716 kilometres around the English track, where the hot and sunny weather, which can also be expected at the next round of the championship in Hungary, provided ideal testing conditions.

The Italian driver completed 76 laps, on the way to posting the ninth fastest time of the day in 1.34.874.

“We got through a lot of work today, starting off mainly with me adapting to the car, because apart from a filming day in Barcelona, I hadn’t driven it on track. I had raced here at Silverstone in a GT car before, but Formula 1 is a completely different world! We weren’t looking at the lap times, but worked mainly on acquiring data from comparing different aero configurations, which is a very important part of my work on the simulator. There were no particular problems with the tyres, although we didn’t do any particularly long runs. Compared to last year’s test at Magny-Cours, the demands are different and the programme is longer, but I am happy to deal with this responsibility and I am grateful to the team for the faith they have shown in my efforts. I really hope it is of use to them.”

Rigon and Massa on track at Silverstone 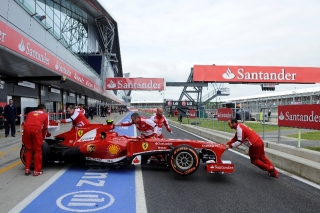 Maranello, 16 July – Getting behind the wheel of the F138 at the Silverstone test will be Davide Rigon and Felipe Massa: the Italian driver, who has been on the books at the Scuderia since 2011, will take to the track on all three days, vacating the cockpit for Massa only on Friday morning, when the Brazilian will be able to assess the new Pirelli compounds. The team has taken this decision so that Davide will be able to work on the technical development of the car, while also giving useful cockpit time to Felipe, who is keen to get back on track after his rather short German GP.

Race drivers have been given a dispensation by the FIA to drive at this test, as a result of the tyre problems that occurred at Silverstone during the Grand Prix back on 30th June. The work programme has been established solely by Pirelli and approved by the FIA, with a fixed number of sets available. 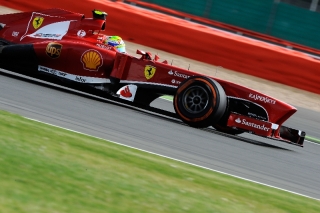 Milan, July 16, 2013 – The teams will take to the track at Silverstone for three days from Wednesday to Friday this week for the official young driver test. This is an opportunity to run young drivers, develop cars for the future, and also to test the new specification of P Zero tyre that will be used from the Hungarian Grand Prix onwards – with the 2013 compounds matched to the 2012 construction.

In agreement with the FIA, the annual allocation of tyre sets for testing purposes has been increased by five to 105 in total. Within their remaining tyre sets available, it is up to the teams to decide how many of those tyres they wish to use during each test, and which compounds they would like to assess at every test venue. No team has chosen the supersoft at Silverstone, for example, as its characteristics do not match those of the fast and flowing Northamptonshire circuit: one of the quickest on the calendar.

In addition to the test allocation of 105 sets (minus those already used), Pirelli will bring seven further sets of tyres to Silverstone, which are made up of three hard compound tyres, two medium compound tyres and two prototype hard compound tyres, the latter having already been available for testing during the Friday practice sessions of the Spanish and British Grand Prix this year. Current race drivers (who may only take part in this test on condition that they do tyre testing based on run plans supplied by Pirelli) may use this additional tyre allocation.

The tyres that will be used in Silverstone this week are all in the specification that will be used from Hungary onwards, with a 2012-style Aramid construction matched to the current compounds. All the remaining sets from each team’s existing test allocation have been reproduced to match the new constructions.

Although the overall specification of the tyres tested at Silverstone is new, the teams will still be very familiar with their characteristics, as they have plenty of data on the construction from last year and this year’s compounds. The work done will consist mainly of refining the car-tyre package to get the most out of the new specification.

Pirelli’s motorsport director Paul Hembery said: “This young driver test presents a valuable opportunity for the teams to assess the new specification of tyre, and also to run their young drivers. With the occasions for testing minimal during the year, it’s important for every team as well as ourselves to get the very most we can out of these opportunities. The experience of the race drivers is bound to bring a lot and we look forward to hearing their feedback. We’re not expecting the new specification of tyre to feel considerably different to the previous specification to drive, and the general characteristics should be similar. Nonetheless, there will be plenty of useful work that the teams should be able to carry out within the next three days.” 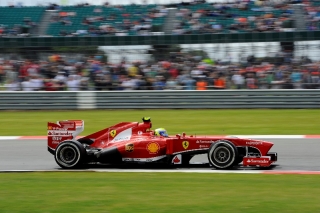 The FIA today informed Formula One’s teams of the conditions that will apply at the Young Driver Training Test scheduled to take place at Silverstone as of July 17.

The announcement follows a meeting of F1’s Sporting Committee on Wednesday, July 3 at the Nürburgring, prior the German Grand Prix.

The conditions set out are in accordance with Article 22.4(h)(i) of the F1 Sporting Regulations, as recently amended by the World Motor Sport Council, and are as follows:

The Young Driver Training Test will remain a three-day test, from July 17-19.

Only the 2012 construction will be used for the test but with the hard, medium and soft 2013 compounds.

The test will now allow teams to field drivers who have competed in more than two F1 World Championship events provided that the purpose of them doing this is to test tyres for Pirelli.

In order to meet this requirement, all teams shall ensure that any changes made to a car at these times are exclusively related to the tyre tests set out in the run plan provided by Pirelli.

An FIA observer will be appointed to ensure the regulations are being followed.