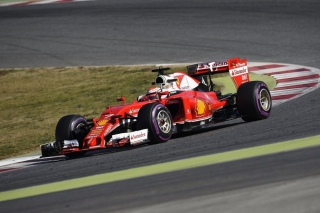 Kimi Raikkonen: It was a normal test with different kind of tyres, but it is always different from what you see at the races. We have a new car here and there is always something to try, to test. So it is necessary to check everything. Testing time is painful, but it is better to do checks beforehand than having big problems during the Championship. I don’t know if this is going to be a good car, no one can tell, but it seems to be a good car even if there are still many things to try out. We don’t look at what the other teams do, we do our stuff and get ready. It’s up to us to make sure we are in a good position. There is a good potential but we can still improve. 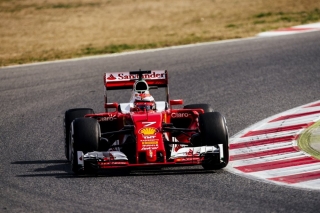 Kimi Raikkonen: “The atmosphere in the team is quite nice even if, honestly, we’re still working on different things and still find something new to work on, but I am sure it’s going to be a better car than last year’s. There are always small changes between one car and another, they are never the same. We had improvements in many areas from the past season. These are early days, especially for me with this car. We are happy so far, even if we know that there are still a lot of things to do. There were tricky things and it takes time to fix them. It was painful losing time today, but we always try to do our best. There are always mistakes but we always want to improve and learn from them.” 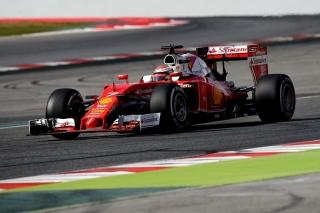 Raikkonen’s first day in the SF16-H

Montmelò, 24 February – Kimi Raikkonen managed a total of 78 laps on his debut at the wheel of the SF16-H in this the first winter test session, having taken over driving duties from his team-mate Sebastian Vettel. The Finn took to the track after a long wait while the team carried out a series of important checks. He then continued with the programme which, apart from the usual set-p work, focused on engine mapping and aero testing.
Raikkonen will be back on track tomorrow for the fourth and final day of this inaugural session at the Catalan circuit. 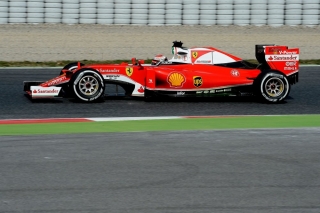 Third day gets underway with a busy programme of checks

Montmelò, 24 February – By lunchtime, Kimi Raikkonen had yet to set a time on his first day of testing at the Catalunya circuit. His track debut was delayed as the team needed to carry out a time consuming check on the fuel supply system. Kimi went out for a run to check everything was okay at 12.13 just prior to the lunch break. 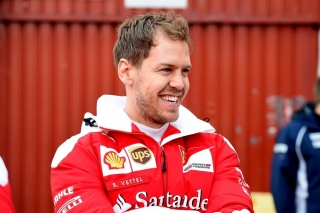 Sebastian Vettel: “So far the first thing that matters is that the car is reacting and doing what I asked for. Now obviously it is crucial that Kimi has a similar impression. About the engine, I can say it is nice to have a bit more sound coming back, it is still not as loud as it could or should be but it is a lot better than it was, now sounds a bit more like Formula 1. We worked on a lot of things, it’s a brand new car, which means there are a lot of new bits and things are in a different place. We tried to understand how the car reacts, obviously we had an idea and certain expectation, but when you run the car on track it is always a bit different, you are then dealing with temperatures, cooling etc. Sometimes you have to stop a bit longer than necessary or than you really want, just to check, other times the driver goes off track, like I did this morning. But these things happen. Overall we are happy, but we know that we need now a lot of mileage, so there is a lot of work ahead of us.” 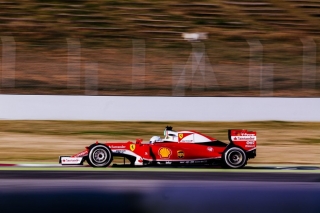 The learning process continues with the SF16-H

Montmelò, 23 February – On his second and final day at this particular session, Sebastian Vettel completed 126 laps. In essence, the work involved continuing with the learning process relating to the characteristics of the car in various configurations, running different tyre compounds and various fuel loads. Right at the end of this programme, the SF16-H failed to complete its last lap, as it stopped out on track.

Testing continues tomorrow, when Kimi Raikkonen will take over driving for the next two days. 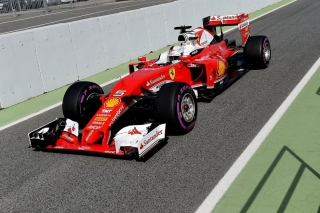 Montmelò, 23 February – Sebastian Vettel was back in action at the Catalunya track this morning, for the second day of the four day session. His programme concentrated on mechanical set-up work and a look at the softer end of the tyre compound range, as he did runs on the Supersoft, new Ultrasoft and Soft. The German completed 46 laps prior to the lunch break, the best in a time of 1.22.810, set on the Ultrasoft tyres. 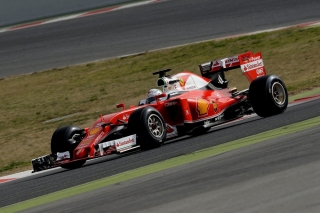 Vettel begins shaking down the SF16-H

Montmelò, 22 February – This was the first real day of testing for the SF16-H and it marks the beginning of a busy development programme. In the morning, the team ran some aerodynamic checks before continuing with fine tuning the car’s baseline set-up. This involved constant speed runs and function tests with various different fuel loads. Sebastian Vettel completed 69 laps, with a best of 1.24.939 coming in the morning. That’s the first step taken for the new car, but the work is only just beginning. The Scuderia will be back on track tomorrow, with Vettel again at the wheel. 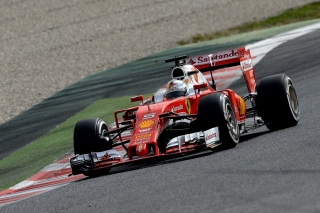 Montmelò, 22 February –The Catalunya track, the only venue for this year’s Formula 1 winter tests, was damp this morning as work got underway. All the teams are present for the first of the two sessions to be held in Barcelona and Sebastian Vettel took to the track today for Scuderia Ferrari. This morning, when a single red flag interrupted the action, the team’s programme focused on aerodynamics and set-up work. Vettel completed 36 laps, the quickest of them on Medium tyres, in a time of 1.24.939.