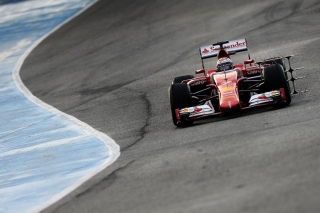 Kimi Raikkonen: “Over the winter, we have made a good step forward and this car is definitely an improvement over the 2014 one. It’s the whole package that has progressed, but there is still a lot of work to do. We are not comparing ourselves to the others, we just got on with our own job, without looking at what they were doing. Times are of relatively little importance; what matters is that we have put together a good number of laps without having any real problems. Today’s conditions were not that easy, with too strong a wind blowing ontrack, but then it’s the same for everyone. As I said, we now have a good basis from which to start the development work.”

James Allison: “When you bring a new car to the track, you’re always excited and worried and that is mixed with a profound hope that all the hard work of so many people will be rewarded with performance. We leave this test without having all our expectations met, simply because we would have liked to have done even more mileage and because you always want to be faster. However, having said that, given how it went, overall we can bepleased, because we have had a solid start. Now, we are keen to push on with the development work in Barcelona, so as to be ready for the first race in Melbourne.”

Maurizio Arrivabene: “If one makes a comparison to last year, these past few days of testing have produced encouraging signs. The team has worked well, both at home and at the track and our drivers did a great job, providing the engineers with valuable feedback. But above all, I am pleased that the group has rediscovered its motivation and team spirit. In terms of performance, I don’t think our competitors – one in particular – have shown their true potential over these past days. I think we will only discover the truth about them and about ourselves at the last Barcelona test session. Now, my attention turns to Paris, where tomorrow’s meeting will decide the future of our sport.” 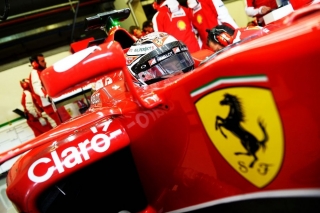 Jerez de la Frontera, 4 February – This is the final day of testing here for Scuderia Ferrari. The team’s programme this morning was affected by damp track for much of the time, which meant that none of the drivers could post meaningful lap times. When the surface finally dried out and some checks were carried out in the garage, Kimi Raikkonen went back out on track with dry weather tyres, to post the fastest time of the morning in 1.22.537. This afternoon, the team will continue with a programme based around various tyre and set-up tests. 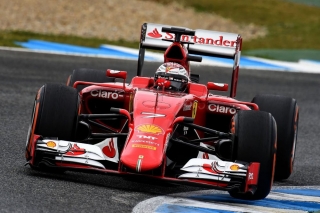 Kimi Raikkonen: “It’s too early to talk about results, but we are going in the right direction. There is still a great deal to do, however this has been a positive start, very different to a year ago. A good job has been done on the car with a lot of improvements. Even though these are only early days for testing, we have done plenty of laps, after Sebastian got through two good days of work.”

James Allison: “We had a better day in terms of reliability and with Kimi we managed a good number of tests. It was interesting to get his feedback on the handling characteristics of the SF15-T, when compared to last year’s car.” 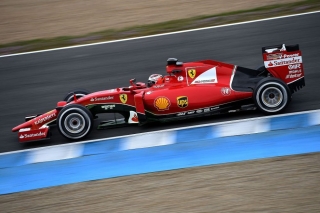 Jerez de la Frontera, 3 February – Scuderia Ferrari’s third day of testing featured a changing of the guard on the driver front, as Kimi Raikkonen got behind the wheel. Today, the team’s attention has been focused on set-up work on the SF15-T: during the morning, the Finn completed 44 laps, setting the fastest time in 1.24.074. The track was damp in the early morning, which naturally affected the programmes of the various teams running today, but it looks like being a more straightforward afternoon. 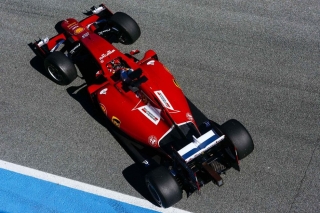 Sebastian Vettel: “It’s too soon to give a verdict on the true level of this car, especially as we can’t make a comparison with the other teams, who can be running different programmes. However, I’d say we have a good basis to work from. We did a lot of running, even in the rain, when we tried the new intermediate tyres, which worked well, getting up to temperature despite the cold: that’s a definite step forward. The applause in the garage at the end of the session? Well, everyone was happy we’d even managed to run in the wet with nothing bad happening. The boys have got enough to do in the garage as it is…”.

James Allison: “ A bit like yesterday, in that even if we did a good number of laps, you can never claim to have done enough kilometres. However, I agree with Sebastian on the fact that, for the moment, we have a good basis”.

Second day of testing at Jerez 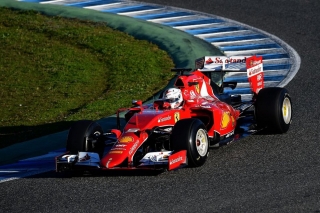 Jerez de la Frontera, 2 February – Second day of testing for Scuderia Ferrari, today alongside seven other Formula 1 teams, in this the first winter session of the year. The team concentrated on set-up work and tyre testing, running the Medium compound. Sebastian Vettel was again behind the wheel of the SF15-T, completing 30 laps so far, also setting the fastest time of the morning in 1.20.984. The team will continue with this programme after the lunch break.

Testing at the Jerez circuit 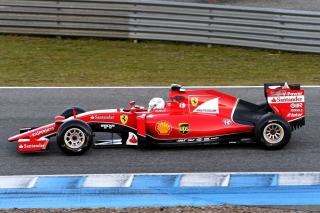 Sebastian Vettel: “Today was a good start. I can’t say more than that, because this is only the beginning. Everything is different, even the philosophy behind the car, when compared to what I was used to. But I immediately felt at ease within the team and the guys gave me a very warm welcome. For now, lap times aren’t important: I did mine on the medium compound, but the comparison has to be made yet again with the Mercedes. They are very quick, let’s just hope they are not quite as fast as last year…”

James Allison: “On the one hand, I’m disappointed we didn’t manage to do more miles, because of problems we encountered with the telemetry. However, on the other, we saw the car make progress with the laps we did run.”

Maurizio Arrivabene: “It seems the SF15-T took on board what was said about it at the launch! Joking apart, this is only the beginning and at this stage, lap times are all relative. We are just getting on with it for now and I’d rather emphasise the work done by the team, who seem to me to be very motivated, which I am very pleased about. I say “well done” to Sebastian, but we have to keep in mind that our rivals, especially Mercedes, must not be underestimated.”

First day of testing in Jerez 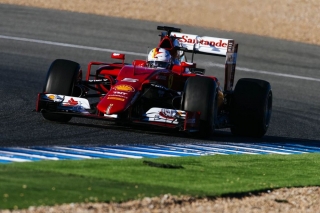 Jerez de la Frontera, 1 February – This is the first day of testing for Scuderia Ferrari and six other Formula 1 teams here at the Spanish circuit. This morning, the SF15-T was the first car to take to the track, with Sebastian Vettel making his debut at the wheel of the new car. He completed 9 laps, the quickest in 1.25.764. System checks were the main items on the programme which was altered mid-morning, to improve the radio communications between team and driver. The decision was therefore taken to bring forward the lunch break, so as to resume the planned programme for the afternoon.