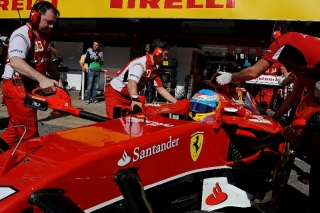 Resta: “A tailored approach to each race” 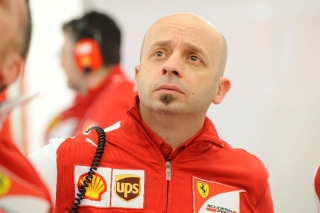 Maranello, 20 May – For all the well known reasons, the Monaco Grand Prix is a unique event, usually described in far from unique clichés. But if you are a Formula 1 engineer, the idiosyncrasies of running a car on this street circuit mean this weekend is almost a hiatus on the calendar.

“The demands of this race are different to that of all the others,” confirms Scuderia Ferrari’s Deputy Chief Designer, Simone Resta. “Therefore it stands apart from our overall development programme which sees a tailored approach to each race. For the races that follow Monaco, Canada, Austria, UK and so on, in Maranello we are currently working very hard to introduce a lot of updates to move forward on the F14 T’s performance level to close the gap to the quickest cars.” In other words, the streets of the Principality are a one-off from a technical viewpoint. “In Monaco, we need to do some specific set-up work related to vertical stiffness and the degree of roll of the car, so that the driver can get as much grip as possible despite the bumpy nature of the track,” continues Resta. “In order to give the cars as much mechanical grip as possible, Pirelli supplies the Soft and Supersoft tyres here and this choice also helps during the traction and braking phases. These softer compounds also warm up more easily, which is particularly useful in Qualifying.”

The F14 Ts that Fernando Alonso and Kimi Raikkonen will use this week are actually built up differently for Monaco. “Particular attention is paid to the steering, specifically for the hairpin, the tightest and slowest corner on the whole F1 calendar and the suspension, which is uprated to deal with the fact that, here in Monaco, it is normal for the cars to touch the barriers,” reveals Resta. “The lack of long straights means that ensuring adequate cooling is very important, especially for the brakes and engine, while the gearbox is given a stern test as the drivers change gear more often here than in any other race.”

Whatever is done to the cars, it’s the drivers who make the real difference in Monaco. “It is important for the driver to grow in confidence over the course of the weekend, finding the limit corner by corner,” concludes Resta. Kimi Raikkonen sums it up in his laconic fashion: “you can’t make any mistakes, because if you do, it’s usually the end of the story!”

Kimi on Monaco: “An exciting but complicated race” 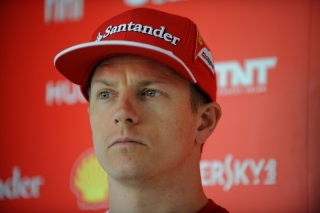 Maranello, 20 May –The Monaco weekend is one the drivers always look forward to more than most, because of everything this Grand Prix entails; history, difficulty and prestige, as well as massive media attention and glamour. Scuderia Ferrari’s Kimi Raikkonen is no exception and is eager to get on track for what is a truly unique event on the calendar. “This season especially, with the new generation cars, we can expect it to be particularly exciting,” said the Finn. “These new cars tend to slide easily and in Monaco there’s not much room to drift off line.”

As always, the car plays an important role, but Monaco also highlights a driver’s ability. “This track is unique, as you have to give your all from the first to the 78th lap,” Kimi told www.ferrari.com. “Qualifying can have a big effect on the outcome, an area on which we are doing our utmost to improve. After the last race, we stayed on in Barcelona for the test, which was reasonably positive: we had problems at the start, but by the end, I can say I was pleased with the work we managed to get through. The F14 T is improving and I am sure that, step by step, the results will come, but we must push harder to get them.”

Raikkonen then returned to the topic of Monaco, a Grand Prix with a very special atmosphere. “The Monaco race is very complicated right from Thursday morning. It will be vital not to lose any time in free practice, trying to do as many laps as possible to quickly get a feel for things in between the barriers. It’s difficult to do well here, but it’s enormously satisfying when you get it right.” 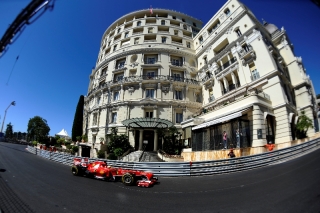 Maranello, 19 May – This will be the 61st Monaco Grand Prix to count for the Formula 1 World Championship, the 72nd in all. The track layout has always used the same roads in the Principality, although over the years, there have been ten slight modifications to its length which is currently 3.340 kilometres. Ferrari has won eight times, equivalent to 13%.

The first ever Monaco GP in 1950 was the second ever championship race and Scuderia Ferrari’s first. 19 cars started but 10 of them got no further than the opening lap. Giuseppe Farina, in an Alfa Romeo crashed at Tabac and was hit by Jose Froilan Gonzalez in a Maserati. The road was blocked and the rest of the group couldn’t avoid them and it ended in a carambolage. Juan Manuel Fangio won for Alfa Romeo, with Alberto Ascari second in the Ferrari.

The race did not return to the calendar until 1955, when Maurice Trintignant won in a Ferrari. The Frenchman was noted for his tidy style and made the most of the misfortunes of others, winning from ninth. To this day, there has only been one winner who started further back.

Although the Scuderia won elsewhere, victory in the Principality escaped it for 20 years, with Niki Lauda taking the 1975 win in the 312 T and doing it again the following year.

In 1979, it was an all Ferrari front row with Jody Scheckter ahead of Gilles Villeneuve, but only the South African finished where he started. It was the Canadian’s turn two years later in the 126 CK when he made no mistakes, while overtaking Alan Jones in the Williams with just four laps to go. The spectacular win made waves in North America and Gilles and the number 27 Ferrari even featured on the cover of “Time” magazine.

This victory for the Scuderia was followed by another barren patch in Monaco. It took the arrival of Michael Schumacher to see a return to victory. In 1996, the German took pole but failed to finish that crazy race which saw only four cars make it to the line, the winner being Olivier Panis, the Frenchman having started 14th. The next year, at the wheel of the F310B, the German outclassed the field to win with 53 seconds in hand over Rubens Barrichello in the Stewart and over a minute in front of his team-mate, Eddie Irvine.

Two years later, Schumacher and Irvine finished first and second, while in 2001 Michael won for the fifth time in the Principality to equal Graham Hill’s achievement, only one win short of the Monaco record holder, Ayrton Senna.