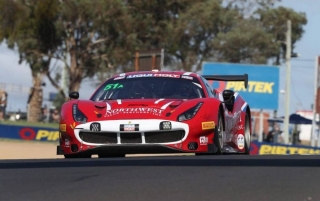 Mount Panorama, 3 February 2019 – The Ferrari 488 GT3 of Spirit of Race, crewed by Paul Dalla Lana, Mathias Lauda and Pedro Lamy won the Pro-Am class in the 2019 edition of the Bathurst 12 Hours, the first round of the SRO International GT Challenge championship.

Extreme race. The value of Ferrari’s victory in the hard-fought professional and gentlemen drivers’ class is all the greater given the extreme weather conditions. Starting at dawn in Australia, the race quickly turned into a marathon for men and vehicles, with very few neutralisations (over 100 laps and seven hours with no Safety Car) and very high temperatures of up 43 degrees centigrade. Paul Dalla Lana, Mathias Lauda and Pedro Lamy put in a flawless performance, making up 24 positions on the qualifying session to finish in ninth place. The advantage of almost two laps over their nearest pursuers, Hazelwood-Lago-Russell in the Audi of Matt Stone Racing’s, also says a lot about the quality of the performance of the Spirit of Race team.

HubAuto Corsa. On the other side, the HubAuto Corsa crew of Nick Foster, Tim Slade and Nick Percat in the other Ferrari, had a trickier race right from the off. The 488 GT3 no. 27 was in fact involved in an accident with a slower car before the two-hour mark. The time taken to recover and repair the car knocked the HubAuto Corsa crew out of the running. After restarting they eventually they crossed the line in 18th. The overall victory went to the Porsche of Earl Bamber Motorsport with Werner-Olsen-Campbell. 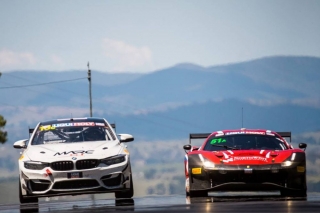 Maranello, 31 January 2019 – The SRO Intercontinental GT Challenge championship kicks off this weekend with the Bathurst 12 Hours. Two Ferraris are set to race in the Australian classic, held on the treacherous Mount Panorama track.

Stable presence. The 488 GT3 of HubAuto Corsa will compete in the whole five-race series (along with Bathurst, the California 8 Hours at Laguna Seca, the 24 Hours of Spa, the Suzuka 10 Hours and South Africa’s Kyalami 9 Hours). The Asian team participated in the Japanese Super Taikyu Championship two years ago, before moving over to the Blancpain GT Asia where it won twice in 2018. The Australian trio of Nick Foster, Tim Slade and Nick Percat will represent the team and Ferrari.

Spirit of Race. The 488 GT3 of Spirit of Race will join HubAuto Corsa’s entry in the Bathurst 12 Hours. The car will be crewed by Paul Dalla Lana, Pedro Lamy and Mathias Lauda, three of the four men who drove in the 24 Hours of Daytona last week.

Programme and history. After the track walk on Thursday, Friday will see four free practice sessions followed by qualifying (11.20 am and 12.10 pm local time) and the shoot out for the top 10 positions on the grid (4.40 pm local time) on Saturday. The race is due to start on Sunday at 5.45 am local time (Saturday 7.45 pm CET) and will end at 5.45 pm (7.45 am CET). Ferrari has won this race twice, both times with Maranello Motorsport: in 2014, with Bowe-Edwards-Lowndes-Salo and the 458 Italia GT3, and in 2017 with Lowndes-Vilander-Whincup and the 488 GT3. 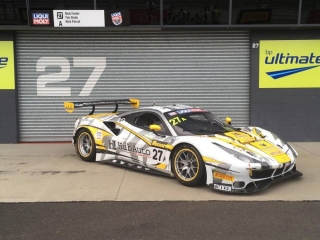 Maranello, 30 January 2019 – Ferrari will be present as a manufacturer at the Intercontinental GT Challenge, a championship organised by SRO and featuring classic endurance races. The Maranello-based company will field at least one car at each event, mainly in the colours of HubAuto Corsa, which is registered for the entire season.

Start in Australia. The championship will open next weekend with the 12 Hours of Bathurst, a race that the 488 GT3 won two years ago with Maranello Motorsport. The Ferrari of HubAuto Corsa will start with an entirely Australian crew: Nick Foster, Tim Slade and Nick Percat. It will be joined at the Mount Panorama circuit by Paul Dalla Lana, Pedro Lamy and Mathias Lauda in the 488 GT3 of Spirit of Race.

The other races. After Australia, the championship moves to the US at the end of March with the 8 Hours of California at Laguna Seca. Then at the end of July, the European stage of the series takes place in Belgium with the 24 Hours of Spa, before moving to Suzuka from 23 to 25 August for a ten-hour race. At the end of November, the Intercontinental GT Challenge calendar will conclude in South Africa with the 9 Hours of Kyalami, another great motorsport classic brought back by SRO. Long one of the world’s most prestigious endurance races, it was held with breaks from 1961 to 1988 and then three times from 1998 to 2000. Ferrari has eight overall victories in this race (the first in 1962 with David Piper and Bruce Johnstone, the last in 1972 with Arturo Merzario and Clay Regazzoni) and five class wins.