Ferrari on the front line for the good of F1 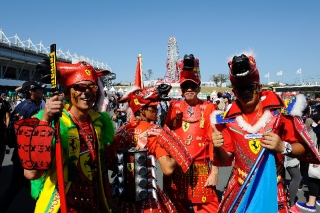 Maranello, 15 June – Ferrari has had Formula 1 coursing through its veins for over half a century and that’s why it has decided to make a move to turn the sport away from the wrong turn it appears to have taken.

The Maranello marque has decided to do this through the means of a formal act, which is a concrete proposal, in the form of a letter from its President Luca di Montezemolo to the Formula 1 rights holder, Bernie Ecclestone and to Donald McKenzie, the president of the company that owns Formula 1. It is not an ultimatum, nor a threat, but a proposal to call together all the key players in the sport to sit down around a table and come up with new ideas that will see Formula 1 continue to set the benchmark in motorsport, on level terms with global events such as the Olympics and the football World Cup.

The President wants to see a collective brainstorming from the group to act for the good of Formula 1. Contributions from all areas are of value; teams, sponsors, promoters and media, so that the key values of Formula 1 can be reestablished. President Montezemolo would also like to see other high-end players invited, those who are currently not involved or only partially so; new media, social networks and colossi such as Google and Apple.

Formula 1 has to be based on technical innovation, research and development, but this must all be done with sustainable costs and above all, must be moved forward as part of a product that can put on a show. Because it is the show that draws in the commercial partners, the sponsors and, above all, the fans, who are the real end users of the Formula 1 product.

Finding the right mix of these ingredients will be vital for the sustainability and the future success of our much-loved sport. 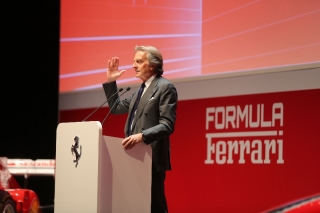 Maranello, 13 June – Some elements of the media have suggested Ferrari would quit Formula 1 to concentrate on the Le Mans 24 Hours and Endurance racing. This is a bit of a stretch based on President Luca di Montezemolo reiterating that Formula 1 needs to evolve and renew itself, while also admitting that there is a unique attraction to the 24 Hour race. To say that after 2020, Ferrari could quit Formula 1 to concentrate on Le Mans and the Endurance championship takes his words to extremes. Plus of course, there’s nothing to stop Ferrari upping the ante and competing in both disciplines. So it’s just pure speculation.