Two thousand kilometres for the most beautiful “classics” in the world 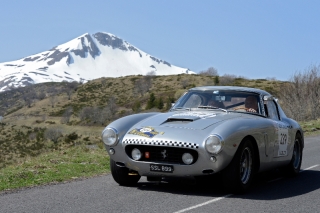 Paris, 29 April – From Paris to La Rochelle, at the wheel of the most beautiful classic cars in the world, they travelled round the Hexagon, passing through places and race tracks that have played as much of a part in the history of France as in the history of motor racing. That was the experience enjoyed by those taking part in last week’s twenty second edition of the Tour Auto Optic 2000, from 23 to 27 April. The most fortunate of them? Definitely the 32 crews that tackled the event at the wheel of some of the most amazing Ferraris from the Sixties and Seventies, such as the 275 GTB, the 250 GT Tour de France, the 365 GTB/4 Competizione and the Group IV 308.

Starting out from Paris the day after the amazing gathering at the Grand Palais, where the LaFerrari was shown to the French public for the first time, the Tour Auto caravan headed for Le Mans, before wending its way onto Orleans, Magny-Cours, Vichy, Albi and Limoges, before ending up at the port of La Rochelle. On the whole two thousand kilometre route, over a hundred thousand fans turned out to cheer on those taking part in the event, which this year was sponsored by Scuderia Ferrari partner, Hublot.

The British crew of Andrew Beverley and Mike Humphreys had every cause to be happy, as they won the Group 1 category in their 308: even if this is an event where the pleasure lies in taking part, how can anyone at the wheel of a Ferrari not feel obliged to try and win!

LaFerrari is queen of France 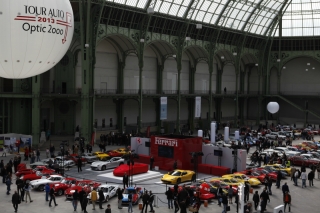 Paris, 22 April –What better setting than the Grand Palais in Paris for LaFerrari, the queen of cars, to make its debut on French soil? The new special limited edition car from Maranello was a magnet for over 200 journalists who attended its premiere this afternoon on the opening day of the Tour Auto Optic 2000. Around 250 cars will take part in the event which wends its way through the streets of L’Hexagone from tomorrow to 27 April and they were all at the Grand Palais to celebrate LaFerrari. Amongst them some older supercars that are part of Prancing Horse history.Enrico Galliera, Ferrari’s Commercial and Marketing Director, pulled the wraps off the first hybrid car produced in Maranello, which is also the star attraction at a gala cocktail this evening for over four hundred customers who will be able to see for themselves the best example of technology, exclusivity and passion ever built by Ferrari.
Advertising
Recent Posts
Support Mitorosso.com
Archives
Advertising