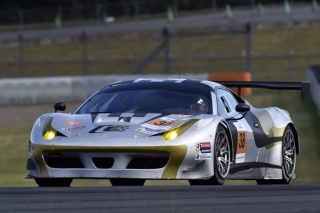 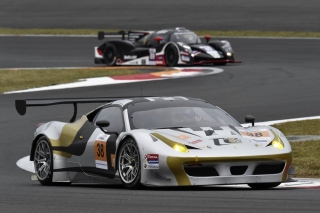 Oyama, 10 Oct – Rui Aguas and Nasrat Muzayyin secured a podium finish in the first race of the Asian Le Mans Series. The pair, at the wheel of the Ferrari 458 Italia of the Spirit of Race team, fought back to finish second after a far from satisfactory qualifying.

The race. Muzayyin did well to avoid the chaos of the first few laps before handing the car to specialist Rui Aguas who moved up to first, having waltzed through the pit stops. In the end victory went to the McLaren of Sun-Bell-Sawa while the BMW of Team AAI – Hubauto driven by Chen-Hosokawa-Yoshimoto finished third.

The other 458 Italia. The second Ferrari in the race, the 458 Italia GT3 of Nexus Infinity with Dominic Ang and Joshua Hunt at the wheel, was fourth for a time but ended in sixth. The next meeting is on 7 and 8 Nov. in Sepang, Malaysia, for a 3-hour race. 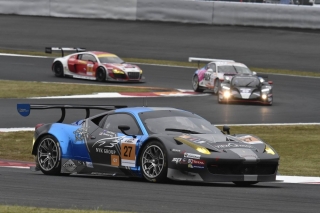 Oyama, 9 Oct – The first round of the 2015-16 Asian Le Mans Series is underway in Fuji. A mix of LMP and GT teams representing an international roster of teams, drivers and brands, has entered the series. Ferrari is represented by two cars.

The cars. The 458 Italia no. 38 of the Spirit of Race team will be on track, driven by Singapore’s Nasrat Lucas Muzayyin and the highly experienced Portuguese Rui Aguas. The second 458 Italia will be the no. 27 of the Malaysian team Nexus Infinity with drivers Adrian Henri D’Silva, Dominic Ang and Australia’s Joshua Hunt.