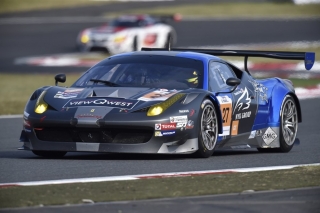 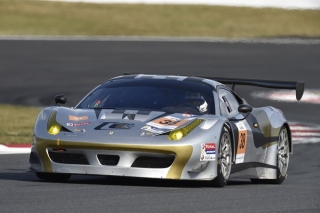 Sepang, 24 January 2016 – The two Ferraris competing in the last race of the Asian Le Mans Series championship finished just out of the podium at the Sepang racetrack. The McLaren of the Clearwater Racing team finished third and this was enough for Weng Sun Mok, Keita Sawa, and Bob Bell to win the title and qualify for the next edition of the 24 Hours of Le Mans.

Third place in the championship. Dominic Ang and Joshua Hunt, on the Ferrari 458 Italia of the Nexus Infinity team, supported on this occasion by Adrian Henry D’Silva, took fourth place and thus climbed the lowest step in the championship podium. Fifth place in class went to the 458 Italia of the Spirit of Race team driven by Nasrat Muzayyin, Aaron Scott, and Marco Cioci.

The winners. The winner in the category was the Audi of the Absolute Racing team driven by former Ferrari Challenge APAC driver Jeffrey Lee, Alessio Picariello, and Christopher Mies who finished ahead of the BMW of the AAI team driven by Chen-Taniguchi-Millroy. First place overall went to the Oreca of the Jagonya Ayam team driven by Eurasia who also won the title together with Sean Gelael and Antonio Giovinazzi. 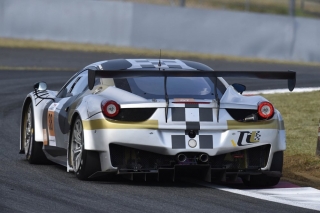 Sepang, 21 January 2016 – It may only be January but this weekend sees the year’s first championship decider. The Asian Le Mans Series season straddles two years, beginning in October and ending with the fourth round, the 3 hours of Sepang, which will start at 2.30 pm local time (7.30 am CET).

Two-way fight. The GT class comes down to a fight between two crews, including that of the Nexus Infinity team. Australia’s Joshua Hunt and Malaysia’s Dominic Ang will be at the wheel of Malaysian team’s Ferrari no. 27. The pair won the last race, the 3 Hours of Buriram, in Thailand, and are the only drivers still vying for the title with the McLaren of Clearwater Racing. At stake is a place in the 2016 Le Mans 24 Hours, which will be presented on 5 February in Paris along with the entire World Endurance Championship (WEC).

The other 458 Italia. Another Ferrari will be on track at Sepang, the no. 38 of Spirit of Race, crewed by Singapore’s, Nasrat Muzayyin, and Britain’s Aaron Scott in place of Portugal’s Rui Aguas. Muzayyin was second in the opening race of the season at Fuji.

History. Ferrari has enjoyed several successes in previous GT races at Sepang. The first dates back to 2013 and the 12 Hours of Merdeka, and was achieved, paradoxically, by a 458 Italia of Clearwater Racing with Weng Sun Mok, Hiroshi Hamaguchi and Craig Baird. The last one in September 2015 was in the GT Asia Series, when Davide Rizzo and Anthony Liu Xu triumphed with the 458 Italia GT3 of the BBT team.