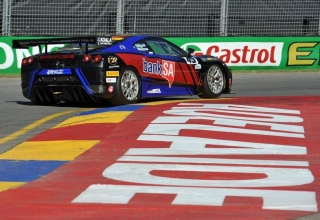 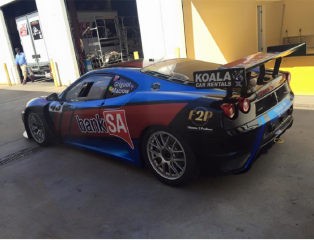 Adelaide, 7 March 2016 – The Australian GT championship got off with three races at the Adelaide circuit. There was one Ferrari competing, the F430 No. 43 of Koala Motorsport of Brenton Griguol and Tim Macrow that won all the races in the Invitational class.

Perfect weekend. The Prancing Horse car always led over direct rival Keith Wong, driver of the Veloce Motorsport Porsche. In Race-1 Gruguol and Macrow were 18th overall crossing the finish line 59” behind the overall winner Roger Lago in the JBS Australia Lamborghini. In Race-2 the Koala Motorsport crew was class winner again finishing 19th overall in the race won by James Koundouris and Marcus Marshall on the Supabarn Supermarkets Audi. Griguol and Macrow were 19th overall in Race-3 too thus completing their perfect weekend. The overall race was won by Tony Walls on the Objective Racing McLaren.