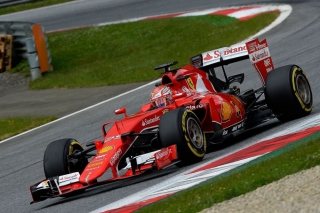 Spielberg. 23 June –The morning session was effectively wiped out by rain, so that all the teams present finally got on track in the afternoon, with Antonio Fuoco in the SF15-T also being able to resume his programme. Unfortunately, the youngster from Calabria’s day came to a premature end after he had a harmless off-track excursion at Turn 1.

“I am very angry with myself for making a mistake today, but getting behind the wheel of a Ferrari has always been my dream and today it finally came true. All the same, I am pleased with the work I was able to do, gathering useful data for the team, even if the rain affected our programme today. I would like to thank Scuderia Ferrari for the opportunity they have given me.” 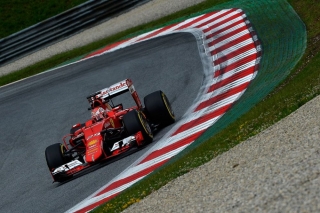 Today, Italian youngster Antonio Fuoco, from Cariati, in the province of Cosenza, made his debut at the wheel of an SF15-T at the Spielberg track. He completed 71 laps, before his session came to an end, when he went off the track at turn 1, without doing too much damage. The test thus also proved useful in producing valuable information relating to a young driver’s first steps in a Formula 1 car. At the age of 19, Antonio has time on his side and a long way to go. When he went off the track, Antonio was running the Soft compound and had set the second fastest time of 1.11.331. 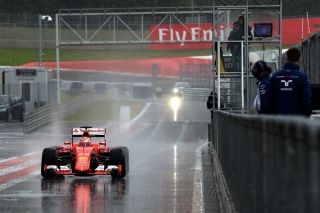 Antonio’s first drive in the SF15-T

Spielberg, 23 June – Just under 48 hours on from the Austrian Grand Prix, the SF15-T was back on track, with Antonio Fuoco at the wheel for the first of two days testing at the Spielberg circuit. The Ferrari Driver Academy student, currently competing in the GP3 series, follows the path first taken by Davide Rigon at Magny Cours in 2012 and then again at Silverstone in 2013, adding to the list of young Italians given the opportunity to drive at an official test. Fellow academy student, Raffaele Marciello undertook testing duties at Abu Dhabi in 2014 and then again at the first day of the Barcelona test back in May of this year. Fuoco’s debut today has been affected by very heavy rain, which has not let up prior to the lunch break. It means that only installation laps could be completed by those taking part, so there are no lap times.

Fuoco and Gutierrez at the F1 test in Austria 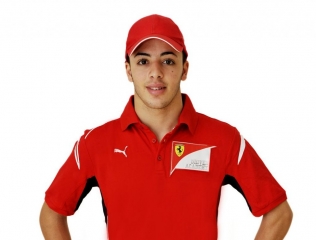 Maranello, 15 June –Antonio Fuoco will drive an SF15-T for the first time at the test session which takes place on the Spielberg circuit in the week following the Austrian Grand Prix. The 19 year old from Calabria in Italy, is a Ferrari Driver Academy student and this will also be his very first outing in an official Formula One test. He is due to drive on the first of the two days, Tuesday 23 June, before vacating the cockpit to make way for Esteban Gutierrez, Scuderia Ferrari’s third driver. Antonio is currently racing in GP3 and this is a significant opportunity for him, as part of the programme which the Scuderia runs to help the development of young drivers.