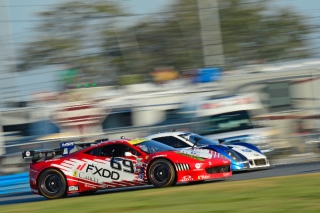 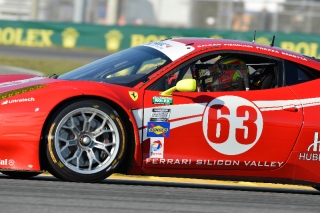 Maranello 16 June – After a long race in Mid-Ohio, it was a podium finish for the AIM Autosports Team FXDD for Emil Assentato and Anthony Lazzaro who crossed the line in third position. The results were decided in the last two laps of the 2 hour 45minute endurance race after a collision between the first and second place men – the resulting penalty (for avoidable contact) for Corvette meant they finished fourth promoting the Ferrari to the podium.Scuderia Corsa driver Alessandro Balzan who headed the drivers points table heading into the race could only finish seventh in class with his team-mate Jeff Westphal. He now stands second, but by only three points from the new leader. 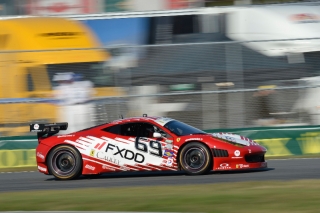 British GT and America Grand-AM racing will be the location for Ferrari GT cars in action this weekend.Over in the USA Ferrari 458 GT will contest the Grand Am race in Mid-Ohio. High hopes for a win rest on the shoulders of Scuderia Corsa who’s driver Alessandro Balzan heads the drivers points table. He and his co-driver Jeff Westphal will be keen to go one better than the second place finish they achieved last time out in Detroit. The R. Ferri / AIM Motorsport Racing car of Max Papis and Jeff Segal, who finished 3rd in Motorcity will no doubt be looking to triumph over their competitors. Last but not least will be AIM Autosports Team FXDD for Emil Assentato and Anthony Lazzaro. The race will start at 4:30 ET on Saturday and last for 2 hours 45 minutes.

The British GT championship arrives at the Norfolk circuit of Snetterton this weekend for the fourth round of the season. The drivers will compete in two one hour races on Sunday. The Rosso Verde / Hector Lester team will field a car for both Lester and co-driver Allan Simonsen. The AF Corse car will have John Dhillion and Aaron Scott at the wheel. FF Corse will have Rob Barff and Gary Eastwood and the Mtech machine will be for Derek Johnston and Jake Rattenbury. All will be hoping for better results from this round.