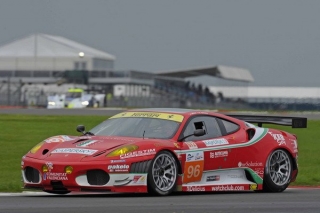 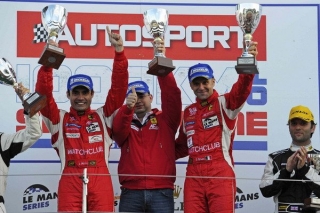 Maranello, 13 September 2010 – At the Silverstone 1000 km, the fifth and final round of the Le Mans Series, success in the GT2 class went to Jaime Melo and Gimmi Bruni, at the wheel of one of the three Ferraris entered by team AF Corse. Having started from fourth on the grid, the impressive pair skilfully worked their way to the front, keeping control until the end of the six-hour race. They came in ahead of the Porsche 997 of Richard Westbrook and Marco Holzer and the Aston Martin V8 of Robert Bell and Darren Turner. Despite an excellent start, the third F430 entrusted to the trio of Giancarlo Fisichella, Jean Alesi and Toni Vilander by the Piacenza-based team finished 12th. That was due to a driveshaft failure that cost the unfortunate team the advantage they’d earned in qualifying. The British round marked the start of the Intercontinental Le Mans Cup 2010. The protagonists are scheduled to return to the track for the Petit Le Mans of Road Atlanta in the USA on the weekend of October 3.

LMS – Ferrari on the front row for the Silverstone 1000 Km 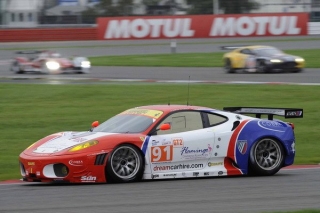 Maranello, 11 September – The Ferrari of Giancarlo Fisichella, Jean Alesi and Toni Vilander will start second in class on the grid for the fifth and final round of the Le Mans Series, which takes place tomorrow at Silverstone circuit. The AF Corse F430 GT2 car set the second fastest time of 2.03.499 on the English track, thus putting the brilliant trio right behind the Aston Martin V8 of Robert Bell and Darren Turner (2.03.340) and ahead of the Porsche 997 of Marc Lieb and Richard Lietz (2.03.643.)

“We are going well, the car is fine and the results show that we immediately adapted to the revised part of the track,” commented Fisichella, once the session ended. “I have always liked this track and luckily it gradually dried out after the rain that fell in the morning. Tomorrow, the forecast is for a dry race and I hope we do well.” The Silverstone 1000Km kicks off the Intercontinental Le Mans Cup 2010, which next moves on to Road Atlanta in North America, for the Petit Le Mans and then to Zuhai, China for the Asian Le Mans Series.