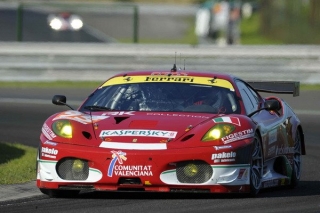 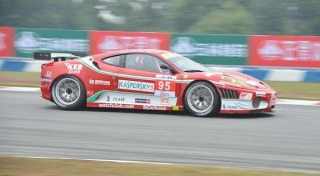 Maranello, 7 November 2010 –Ferrari has taken the Constructors’ title in the GT2 class of the Intercontinental Le Mans Cup 2010. The crown came courtesy of a third place finish at China’s Zhuhai circuit, in the last round of the series, for the F430 entered by the AF Corse team and driven by Gianmaria Bruni, Toni Vilander and Jaime Melo. The race lasted over five hours and was the final round of the three race series organised by the ACO and this race followed on from the Petit Le Mans, held at Road Atlanta as part of the American Le Mans Series and the Silverstone 100 Kms, a round of the Le Mans Series. The third placed trio completed no less than 199 laps, equivalent to around 800 kilometres, finishing behind the winners, Jorg Muller and Dirk Werner in a BMW M3 and Marc Lieb and Richard Lietz in a Porsche 997. The other Ferrari entered by the British CRS Scuderia and driven by Pierre Ehret, Phil Quaife and Andrew Kirkaldy came home fifth.

ILMS – Ferrari on pole in Zhuhai

Maranello, 6 November – This morning at China’s Zhuhai circuit, an F430 GT2 took the top slot in qualifying in its category in the Intercontinental Le Mans Cup for tomorrow’s race. This is the third and final round of a series, the first two having been staged as part of the championships organised by the ACO, the Petit Le Mans at Road Atlanta in the American Le Mans Series and the Silverstone 1000 km which is part of the Le Mans Series. The AF Corse team is currently second in the team classification on 36 points, while the leaders, the Ferrari team run by Houston’s Risi Competizione, are not here, as they are only entered in the Petit Le Mans series. The AF Corse car dominated qualifying, in the hands of Gianmaria Bruni, Toni Vilander and Jaime Melo, with a time of 1.35.810, ahead of the Porsche 997 of Marc Lieb and Richard Lietz (1.36.114) and the BMW M3 of Jorg Muller and Dirk Werner (1.36.166.) Fourth is another Ferrari entered by the British CRS Scuderia team and driven by Pierre Heret, Phil Quaife and Andrew Kirkaldy (1.36.210.) The much awaited final race, which runs for six hours, gets underway tomorrow at 12.00 local time.