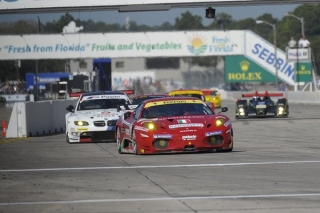 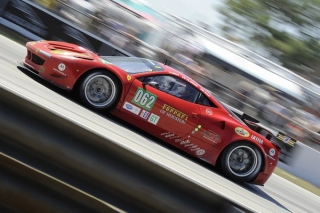 Maranello, 20 March – The Sebring 12 Hours kicked off this year’s American Le Mans Series and the Intercontinental Le Mans Cup, as well as marking the international debut of the 458 Italia GT2, entered by Houston’s Risi Competizione team. Its maiden outing was watched by Ferrari managing director, Amedeo Felisa, in Florida to witness this special moment.

Crewed by Jaime Melo, Toni Vilander and Mika Salo, the car was forced to retire around ninety minutes from the end of the race, because of an electrical problem, having produced an impressive performance up to that point. In fact, the new 458 Italia GT2 was very much in the fight for the top places and but for the fault, looked set to be in with a chance of a podium finish.

While naturally disappointed with the final result, Antonello Coletta, head of the Ferrari Corse Clienti department reckons the new sports car showed plenty of potential on its debut. “I was positively surprised with how the 458 Italia GT2 went and the drivers were also very impressed with its performance. It is an encouraging sign for the future.”

The American driver, Tracy Krohn, crossed the line with a significant advantage over the Proton Competition Porsche, to record his team’s first win in the American Le Mans Series and the first victory for the crew of Krohn-Jonsson-Rugolo.

The second round of the American Le Mans Series takes place on 17 April at the Long Beach street circuit in California, while the AF Corse team will be busy alongside other competitors in the Le Mans Series in the new eight hour race at the Paul Ricard HTTT circuit, over the weekend of 3 April.

Ferrari makes its mark in qualifying for Sebring 12 Hour 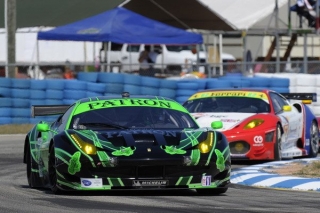 Maranello, 19 March – The enthralling Sebring 12 Hours got underway with a fifteen minute qualifying session, for what is the opening round of the prestigious American Le Mans Series and the Intercontinental Le Mans Cup.

Qualifying was closely contested and of the seven Ferraris entered in the GT class, pole went to the AF Corse F430 GTC, proving that this car is still extremely competitive. In the experienced hands of Giancarlo Fisichella, Gianmaria Bruni and Pierre Kaffer, the F430 GTC prepared by the team from Piacenza set a fastest time of 2.01.561 on its third lap, a time just 182 thousandths faster than the Corvette Racing car of Oliver Gavin, Jan Magnussen and Richard Westbrook (2.01.743.) Third on the grid will be the BMW Motorsport of Augusto Farfus-Bill Auberlen-Dirk Werner (2.01.841) which missed out on the front row by a mere 98 thousandths. Alongside it is its sister car driven by Andy Priaulx, Dirk Mueller and Joey Hand, fourth in 2.02.139.

After going well in free practice, the Risi Competizione 458 Italia GT2, making its international debut in this famous race, was fifth fastest in qualifying, in the hands of Jaime Melo, who stopped the clock in 2.02.290. There is still everything to play for for the Houston team: they have dominated the last four Sebring 12 Hours and this time they are running the new V8 powered sports car based on the 458 Italia, with the aim of equalling the amazing run of wins achieved by the F430 GTC.

The car’s maiden outing will be watched by a special guest in the shape of Ferrari managing director, Amedeo Felisa, who is in Florida to watch the race which starts at 10.30 local time today. 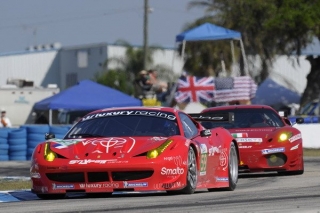 Maranello, 18 March – This weekend sees the new 458 Italia GT2 make its much awaited debut at the famous Sebring 12 Hours race, the opening round of the prestigious American Le Mans Series and of the intercontinental Le Mans Cup.

With this car, the Risi Competizione team will try and match the extraordinary series of wins obtained by the F430 GTC over the past four runnings of this classic event. The new V8 sports car, based on the 458 Italia and developed by Ferrari in conjunction with Michelotto Automobili, picks up where the F430 GTC left off and on this occasion it will be driven by a crew consisting of Brazil’s Jaime Melo and the two Finns, Toni Vilander and Mika Salo.

Watching the 458 Italia GT2 on its maiden outing will be special guest, Ferrari managing director Amedeo Felisa, who arrives today in Sebring to witness this special event which also sees over eighty Ferrari owners taking part this evening in a parade that marks the opening of the race weekend prior to the actual start on Saturday at 10.30 local time.

Other cars entered in the GTE Pro category include the F430 GTC prepared by AF Corse and entrusted to the experienced Giancarlo Fisichella, Gianmaria Bruni and Pierre Kaffer, who will tackle the event looking to score as many championship points as possible. After this race in the United States, the AF Corse team will also swap its F430 for the new 458 Italia GT2, having only recently made its track debut with Fisichella and Bruni at the Le Mans Series official test day.