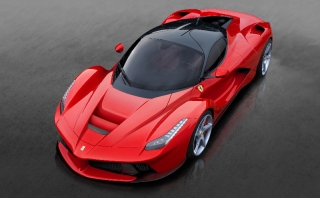 The most powerful car ever built by Maranello as well as its first hybrid, LaFerrari was named Best Coupé for the second year running, confirming the unanimously positive response it has enjoyed since its launch from international experts, clients and media alike. It was also a second title for the 458 Spider which repeated its success in the Best Cabrio category in 2013.