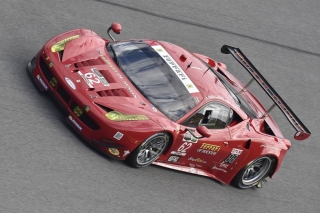 United SportsCar Championship – Heading for the 12 Hours of Sebring, a race dear to Ferrari 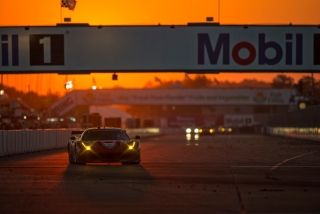 Maranello, 18 March –The 12 Hours of Sebring takes place this weekend, as the second round of the United SportsCar Championship and the North American Endurance Cup. The Sebring circuit, in Florida, is one of the temples of world motorsport, as well one of the tracks that means the most to Ferrari, which over the 62 editions of the race has taken 32 wins in total, 12 of them outright.

The early wins. The first race run over a 12 hour period dates back to 1952. The first win came the following year, when Edward P. Lunken and Charles Hassan triumphed in the up to 2 litre Sport category at the wheel of a 166 MM entered by Lunken himself. The first outright victory came in 1956, thanks to two aces, namely Juan Manuel Fangio and Eugenio Catellotti, who dominated proceedings at the wheel of the works 860 Monza. Rounding off the celebrations was a second place for Luigi Musso and Harry Schell with the sister car and there was also a win in the up to 2 litre Sport category for a 500 Mondial in the hands of Dominican playboy Porfirio Rubirosa, teamed with the American Jim Pauley. The following year, the win went to Phil Hill and Peter Collins in a factory entered 250 TR 58, while in 1959 the winners’ laurels went to the works 250 TR 59 Fantuzzi Spyder crewed by the quartet of Dan Gurney, Chuck Daigh, Phil Hill and Olivier Gendebien.

A triumph in 1961. The 1961 race produced a memorable result, when Ferrari won in no less than four categories. The overall win went to Hill and Gendebien in a 250 TRI/61, while there was a clean sweep of the podium, with the sister car of Giancarlo Baghetti, Willy Mairesse, Wolfgang Von Trips and Richie Ginther second, followed home by the brothers Pedro and Ricardo Rodriguez in the North American Racing Team (Nart) 250 TR 60. The same race produced three more victories. In the up to 2.5 litre Sport category, victory went to Jim Hall and George Constantine at the wheel of the Nart Dino 246 S; in the up to 2 litre Sport class, another Nart car won, the 196 S, driven by William Helburn, Skip Hudson and John Fulp. A fourth win came in the up to 3 litre GT class, courtesy of a lady driver, Denise McCluggage, driving her own 250 GT SWB, paired with Allen Eager.

The other victories. Over the next three years, Ferrari continued to dominate: in 1962, it was thanks to Joakim Bonnier and Lucien Bianchi, winners in a 250 TR1/61 entered by the SSS Republica di Venezia team; in 1963 a works 250 P crewed by John Surtees and Ludovico Scarfiotti and in 1964 with Mike Parkes and Umberto Maglioli in a factory 275 P. In 1970 the delighted winners were Ignazio Giunti, Nino Vaccarella and Mario Andretti in a 512 S, a win repeated two years later for Andretti, when paired with Jacky Ickx in a factory 312 PB. Then, over 20 years would elapse before a Ferrari would win again in the 12 Hours of Sebring. In 1995, the Maranello marque returned to the winners’ enclosure courtesy of Fermin Velez, Andy Evans and Eric van de Poele in the Scandia Motorsports 333 SP, a feat repeated by the team in 1997 with Velez, Evans, Yannick Dalmas and Stefan Johansson, the latter a former Formula 1 driver for the Scuderia. 1998 was the year of the last outright win, thanks to Didier Theys, Mauro Baldi and Giampiero Moretti in the Momo/Doran Racing 333 SP. Ferrari has not won at Sebring since 2011, when Tracy Krohn, Michele Rugolo and Nic Jonsson won the GTE Am category in the F430 entered by Krohn Racing.